The left-right axis points out one of the possible dimensions of political competition, which takes place in a space that can be assumed as intrinsically multidimensional. Theoretically arduous to establish in a certain and universally operational way, the distinction between left and right historically lies, for the most part, in the opposition between labour and capital. However, widespread attempts at renewing the political left during the nineties may have introduced some doses of economic liberalism into the "genes" of the modern left. On a different, nonetheless central, dimension, ethically traditional attitudes are predominantly associated to a right-wing political culture. Yet, late-modern societies are incessantly integrating new cultural practices and values, which defy and potentially change the social and political profile of traditionalist citizens. Hence, how much of this twofold process is reflected in the political attitudes of Italian voters? This article reports the findings of a study regarding relationships between ethic traditionalism, economic liberalism, and left-right placement in Italy. Among the main results, the evidence of a withstanding, important link between political placement on the left and anti-liberal attitudes on economic issues, and the hint of a much more politically transversal character of traditionalist attitudes, which seem in addition strongly dependent on individuals' education levels. 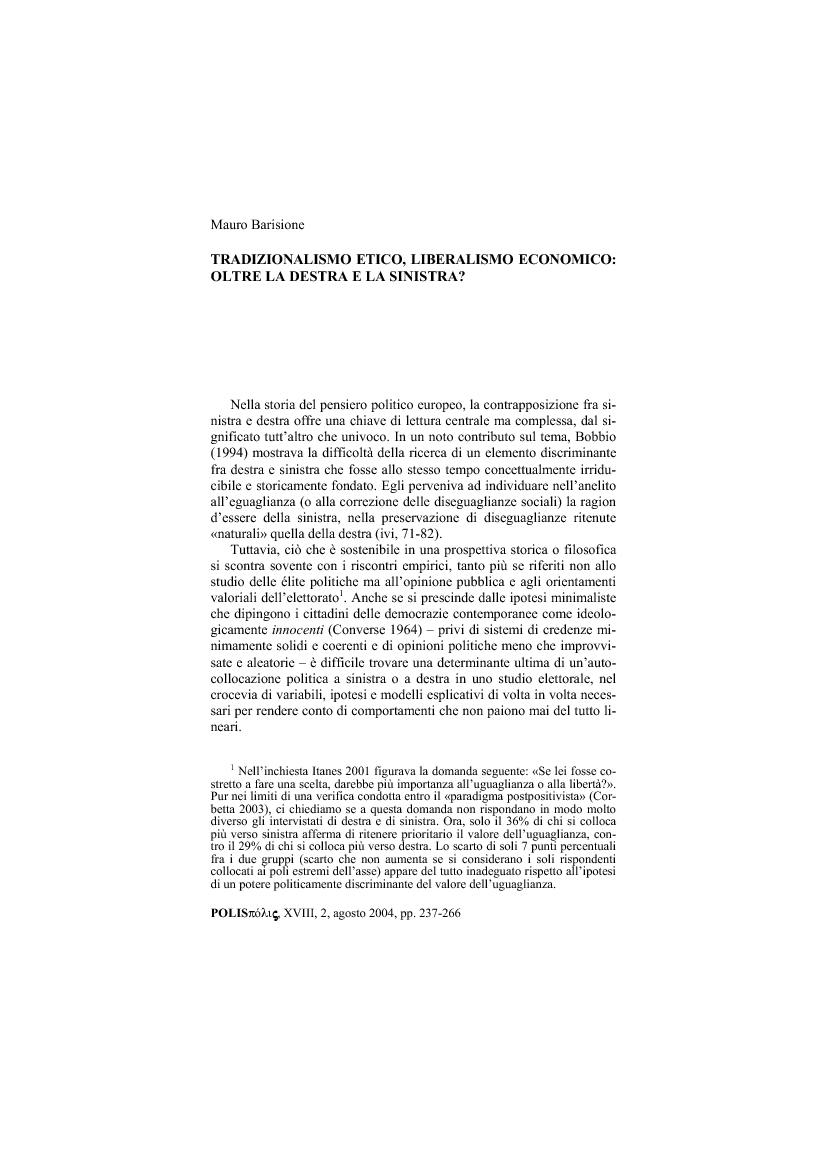