The article aims to show both long-term continuities and the transformation of domestic service in Italy during the 19th and 20th century. Firstly, the article shows that, today, domestic workers are possibly more numerous than a century ago, and it explains why Italian families seek private solutions (such as hiring a domestic worker) to the problem of reconciling reproductive and productive labour. The gap between "rich" and "poor" countries as well as Italian migration policy make this choice possible, because they make working in Italy as a domestic worker "attractive" for many migrants and employing a foreigner advantageous for Italian families. A further consequence is that there are a considerable number of men among migrant domestic workers: their arrival has contributed to a certain "re-masculinisation" of domestic personnel. The reasons for the feminisation of domestic service in the 19th and 20th centuries are analysed in the second and third section of the paper, where the author also considers the policies developed by servants' associations, the Catholic church and the Italian state. The author investigates the role of demographic and economic factors in stimulating migration and then focuses on two cases characterised by a growing imbalance between rural and urban areas, i.e., the province of Bologna in the 19th century and Italy during the fascist era. The author concludes by noting that domestic service (paradoxically) represented a way for many women to escape misery and become more independent. 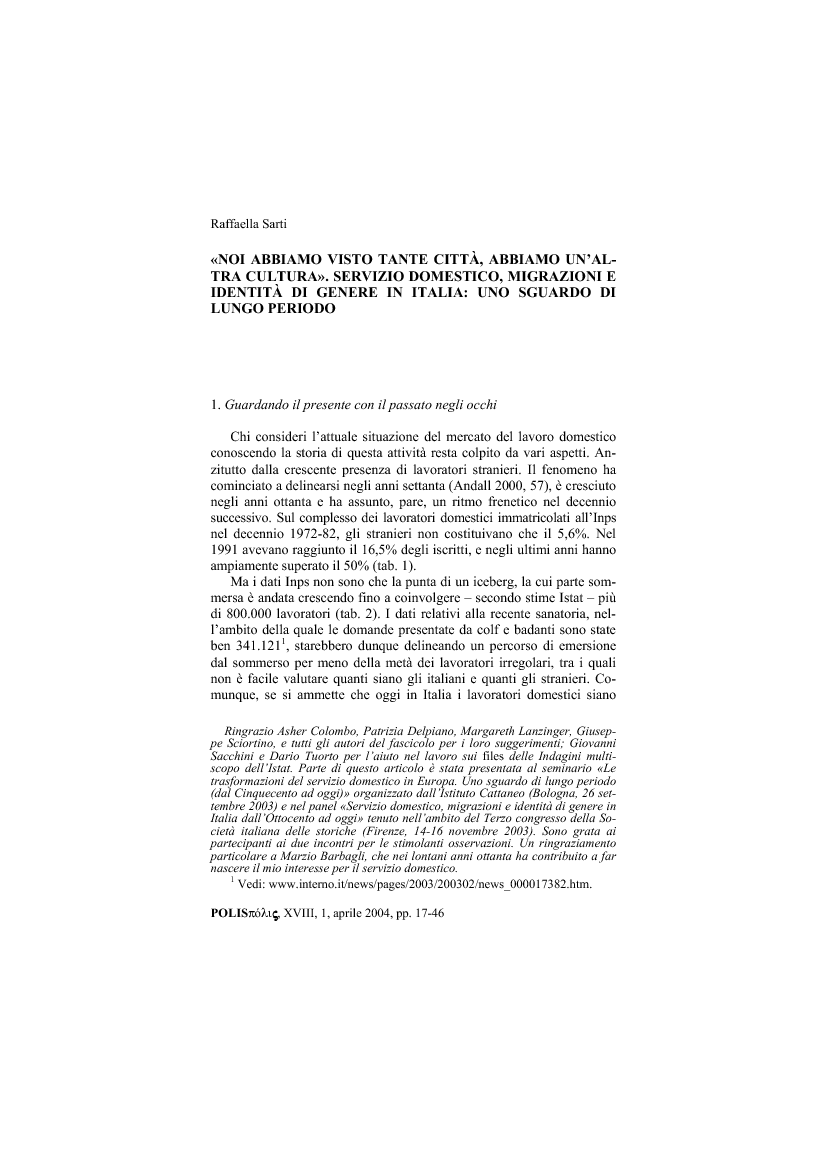