Feminist scholarship and movements worldwide have extensively engaged in theorising reproductive labour as an undervalued element of local and global political economies and have been pushing for its recognition «as work». At the same time, since the late 2000s the conditions of paid domestic workers have become an object of a new wave of mobilisation. Demands for equal labour rights and decent work for this category of workers have been put forward at the national and international level, while new international legislation has been adopted, such as ILO Convention 189. Despite these potentially convergent elements, it is not clear to what extent feminist theories on the valorisation of care and reproductive labour can be extended to, or can include, the case of paid domestic workers. In order to address this issue, in this article we present a comparative analysis of the relationships between feminist actors and domestic workers’ groups in Ecuador and Colombia from the late 2000s to 2018. 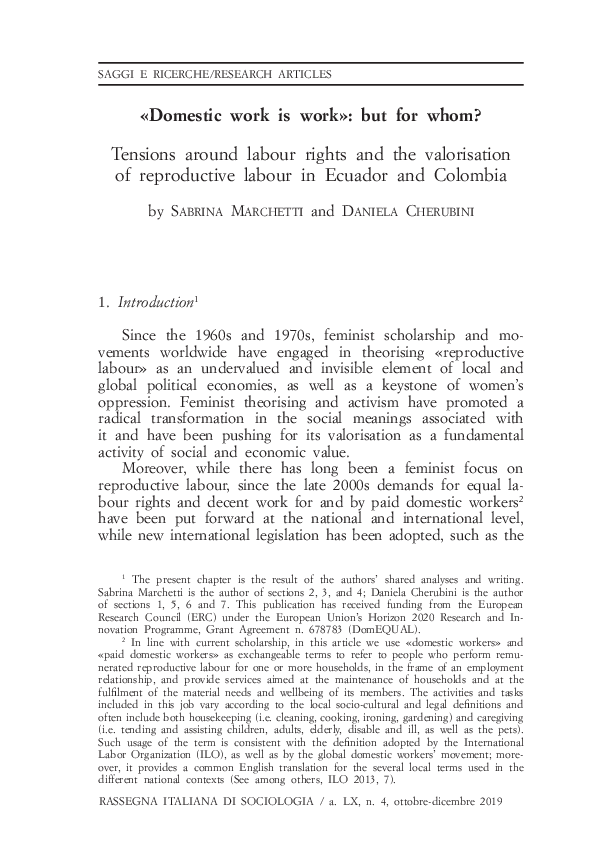