Today, whoever addresses «ideology» is caught in a cross-fire. The aim of this paper is to identify the sources of such cross-fire and to point to a way out of this uncomfortable predicament. The first salvo of fire comes from the assumption that after the so-called Linguistic Turn, «something has irreversibly changed within our philosophical horizon» and no longer allows us to speak of ideology in a critical sense. However, as soon as we clear our theoretical framework of the negative, evaluative notion of ideology, a second salvo hits us from the opposite direction. Paradoxically, many aspects of our current predicament offer evidence for the persistence of ideology: really "plus ça change, plus c'est la même chose". Drawing on reflections about the force of exemplary normativity, a clarification is offered of the sense in which this cross-fire can be avoided and we can refer to ideology without making ourselves vulnerable to criticism coming from the first line of fire. 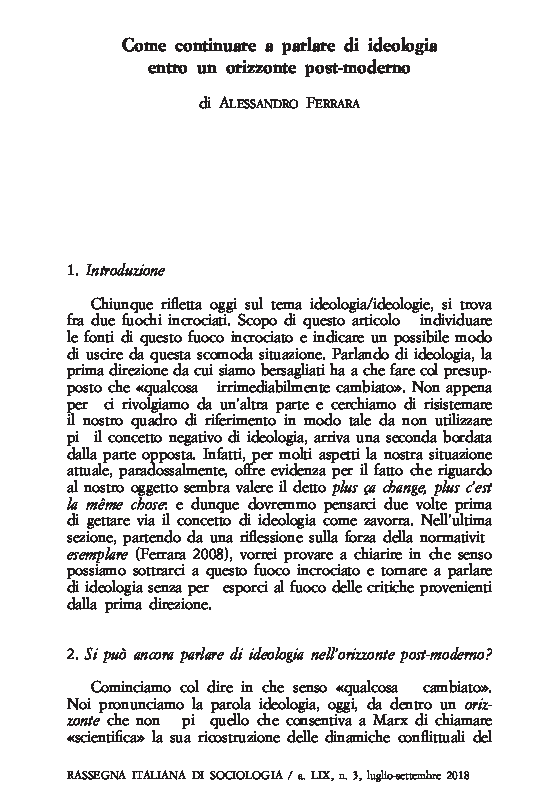