If we still wish to use the term ideology in empirical research, we need to craft a definition that might be analytically discriminatory. Through an array of arguments, it is proposed to name ideological all those statements that a) are neither lies or mistakes: they are not valid (like lies and mistakes), but for them it is reasonable to infer an unconscious motivational origin; b) refer to justifications of specific elements of the organizational and normative structure of a society. In this way, ideology can be considered as a species of the wider genre of self-deception. In the terms of the alternatives discussed by Karl Mannheim, this conception of ideology is partial and specific. Such definition also allows to overcome, at the level of the self-reflective conscience of social research, the doubt about the arbitrarily polemogenous character of the critique of ideology. Some have advanced such doubt explicitly, but maybe many imply it within politically pluralist or epistemologically fallibilist conceptions of social knowledge and of public debate. The author believes that this doubt can be faced at its root, challenging the idea of tradition as it emerged, after the so called hermeneutic shift, in Gadamer's work. Referring to the debate on ideology and the critique of ideology among Gadamer, Habermas, Apel, Ricoeur and others in the Sixties of the last century, the author claims that to practice the critique of ideology is not at all necessary to place himself beyond or over the tradition one in any case belongs to - provided the same tradition is conceived not as permanent flux and becoming, but as sequence of social structures that exist if justified and that are normally difficult to justify. Failed justificatory attempts arise in specific points of crisis of the structures, and, about them, critique can emerge. The essay ends proposing briefly a typology on the outcomes of the critique of ideology, once again in comparison with the outcomes of the expose of lie and the correction of mistake. 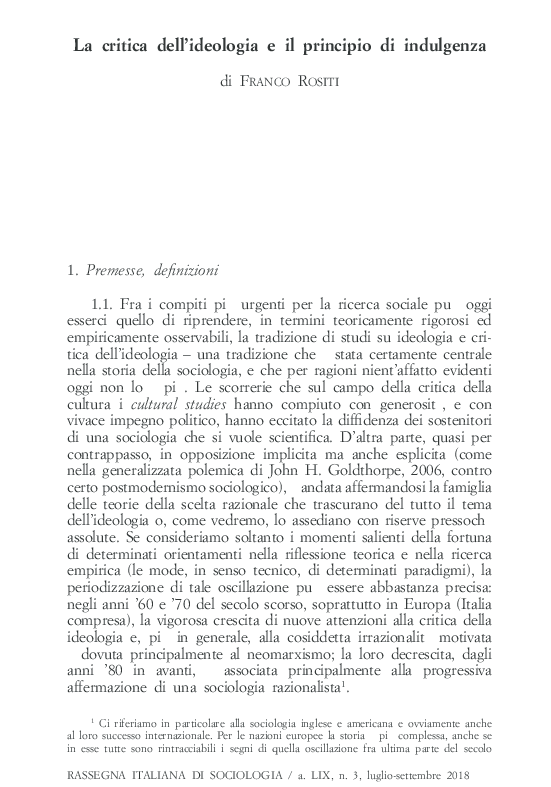