This work presents the results of an ethnographic study, carried out by a team of three researchers, which focuses on the settlement of some people and their families in a small Italian mountain community. These new inhabitants belong to an international New Religious Movement (NRM) of American origin that follows the teachings of Ramtha. His teachings allow access to new levels of consciousness and self-expression: the goal is to find inner enlightenment and the recapturing of oneself. The religious practices are carried out by Ramtha's students in private, so they have little impact on the local community. The moral dimension has shifted from the public sphere, where it is embodied in institutions, to the private sphere, where it has to be found within the self. This duality emerges in the relationship between newcomers and long-term resident in our field, but it has neither dissolved nor merged, instead it co-exists. In the framework of individualism we observed a village of loosely linked individuals who view themselves as independent of collectives, primarily motivated by their own preferences and needs. 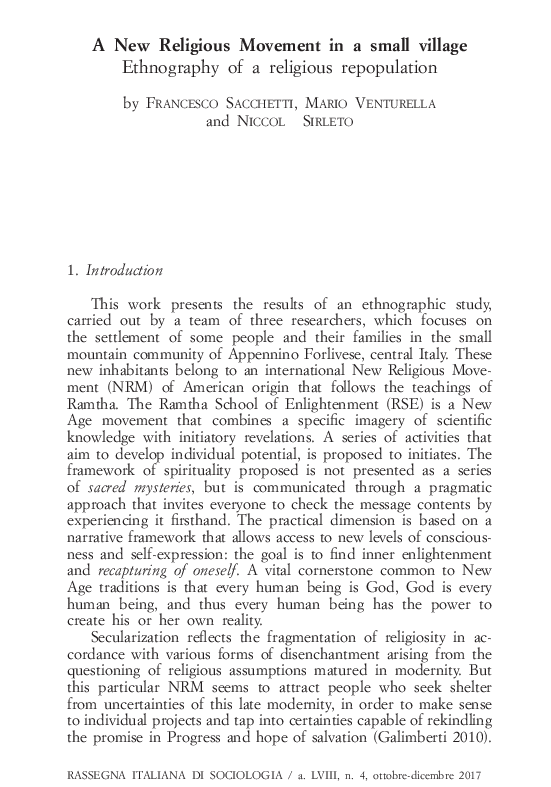