As shown by the international literature on educational attainment, in most European countries participation rates of students with a migrant background are usually lower compared to natives, particularly in tertiary education. In Italy, the focus of the debate is mainly on secondary school, while little or no attention has been paid to immigrant students attending universities. This paper tries to fill the gap by providing new empirical evidence on this phenomenon and by discussing some of the main issues related to it. Due to the lack of individual-level data, the analysis is based on aggregate data taken at the level of Italian provinces. The results show that, first, ethnic background probably matters. Transition rates are higher in provinces with a higher share of students of East European and Latin American origin. Second, although attending an academic track in secondary school increases the probability of enrolling in tertiary education, immigrant students with a liceo diploma enrol at university at a lower rate compared to natives. Third, the local socio-economic environment can affect university enrolments. High youth unemployment rates have a negative impact on the average transition rates of immigrant students. Lastly, in provinces where immigrant communities are more integrated, transition rates are higher. 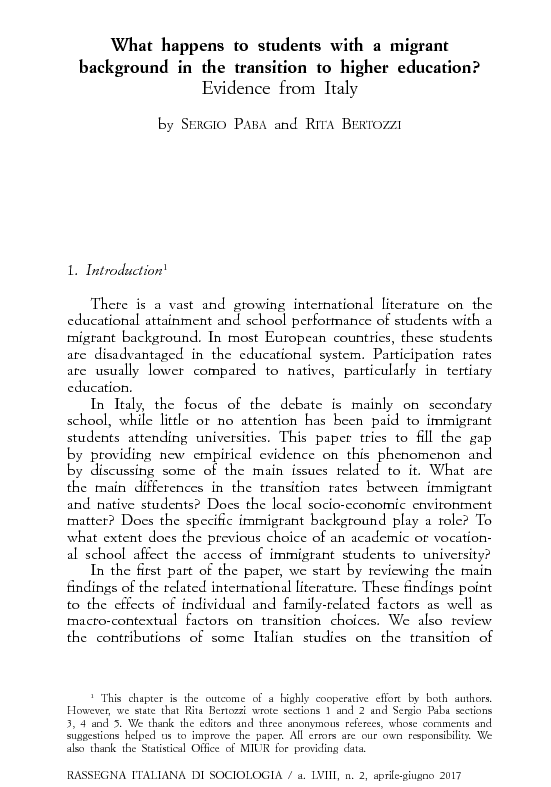