Boys' disadvantage in education, prevailing in all social classes, throughout OECD area and several developing countries, is undervalued in the confirmative rational choice literature. In accordance with data, boys' disadvantage is negatively related to social position. Males get also lower grades in all subjects, everywhere in the world, although math scores in OECD standardized PISA and TIMSS tests are not univocal. In Italy the issue is ignored in the media and not prominent in the scientific literature, even if it is as severe as in the other countries. Multinomial logistic regression models show that educational attainment is positively associated with school performance and, when performance and other things are equal, men are still advantaged over women. On this basis, I will suggest that boys' gap in years of schooling depends on low performance. In doing so, I will distance myself from both the «differential educational investment theory» and a supposed reversal of gender inequalities. In conclusion, with an intersectional perspective, some explanatory hypotheses «from nature to nurture» are discussed theoretically: the role of social construction of gender identities and mechanisms of subjectivation are promising hypotheses to be investigated in future researches, in accordance with data on exam results in an Italian high school, showing that boys' under-achievement can not depend on contingent factors, as it is constant throughout the twentieth century. 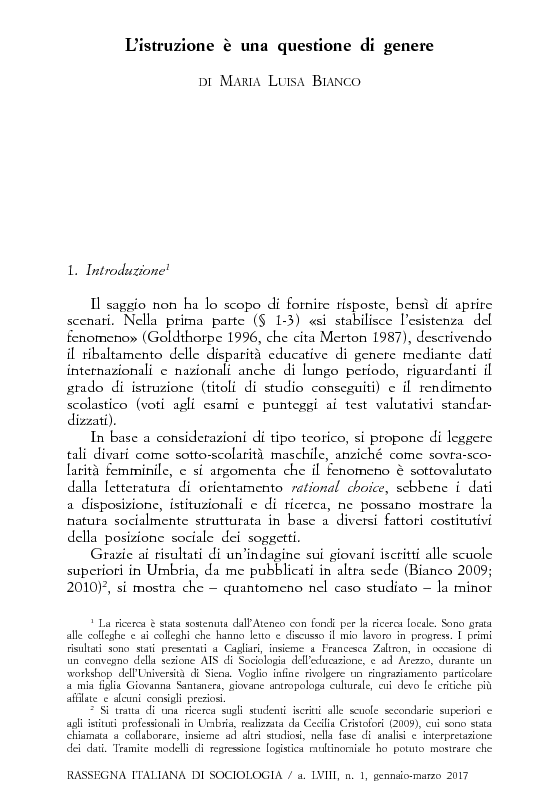