This study explores the historical development of urban stratification in an Italian Southern city, Messina. By means of 85 in-depth interviews and the analysis of the most important phases of the reconstruction following a disastrous earthquake taking place in 1908, the authors investigate the coercive forces that, over the course of a century, have pushed thousands of individuals to occupy shanties and deprived project areas within the city. The authors claim that the «economy of disaster» and the «shock economy», are not a specific feature of current epoch. On the contrary, the elements characterizing the contemporary disaster-related speculative processes were largely active at the very beginning of the XX century. This article, then, shows the long-lasting social consequences of speculative approaches to the management of disasters, and reflects on the forms of resistance of subaltern populations to an organization of life that started in the aftermath of a remote earthquake, and still affects their life condition and modes of reproduction. 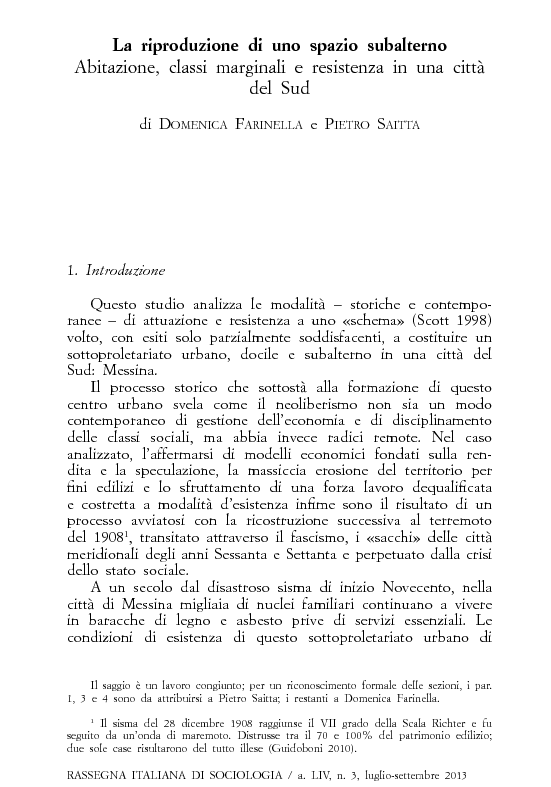