In Italy, over the last two decades, «illegal immigrants» have come to the fore as both a strategic resource and an unavoidable point of reference for public debate on foreign immigration. Since the end of the nineties, the category of «clandestine» have been deeply affecting both the immigration laws and the modus operandi of the main institutions aimed at controlling immigration (police and judicial system). Administrative detention centres have been one of the main devices police forces have been using in order to check and deport undocumented immigrants. Drawing from a qualitative research that has been done in Milan two years ago we will compare three interpretations of what administrative detention centres are and which functions they perform. We will show how they can be analysed as foucauldian «heterotopy», as «camps» linked to a sort of «permanent state of exception» and, finally, as a device for controlling human mobility and exploiting immigrant labour force. 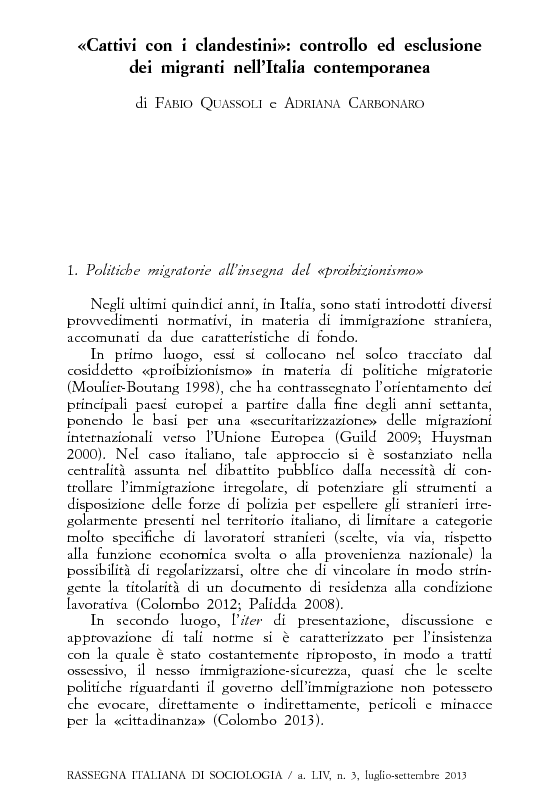