Political discourses on immigration, despite their differences, have in common the interest for immigrants' integration process. The concept of «integration» has recently acquired a particular connotation: differentialism has become the main key of interpretation of the relations between natives and immigrants. That is to say, that differences between cultures are deemed to be irreconcilable. From this assumption follows a specific way of thinking and planning integration, which is conceived no more as a path subsequent to the obtainment of the permit of stay, but rather as a prerequisite for its granting. While applying for the permit, foreign citizens must sign an Integration Act, undertaking to gain specific knowledge and to carry out some activities, under penalty of the termination of the Act and of the deportation from the Italian territory. In this article - through a critical analysis of some political discourses - we intend to show the way in which, as a consequence of the introduction of the Integration Act, the social tie between natives and migrants has been put under attack. In the document that illustrate the Act's contents, in fact, immigrants' deviant potentialities and inability to assimilate into a pre-existing social fabric are assumed; at the same time, in the same text, this social fabric is described as cohesive, culturally homogenous and intrinsically non-conflictual. 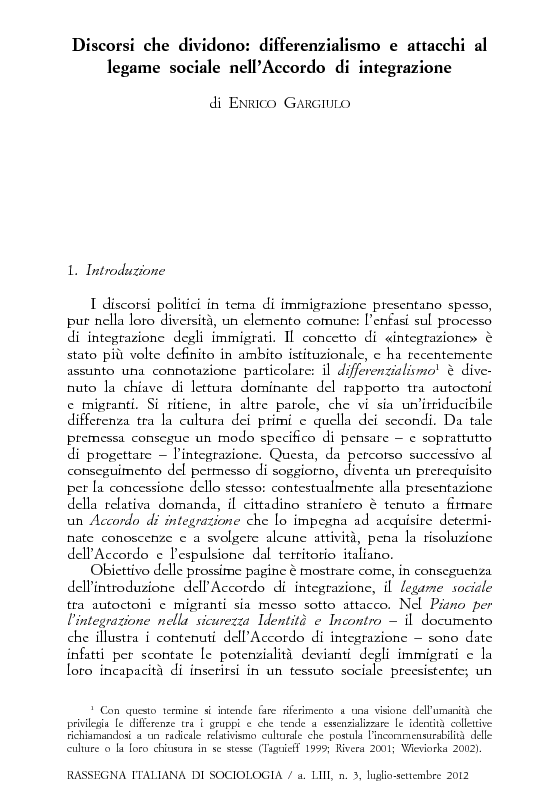