When properly overlayed on a territorial map of Italy, the data developed each year by the Nimby Forum shows that some form of protest exists for every major public work project in Italy. With increasing media interest in this theme, «NIMBY syndrome» (an idiomatic expression for «Not In My Backyard») has been used to describe this phenomenon and has now become part of everyday language, hinting that allegedly egotistical and localistic interests lay behind every oppositional reaction. Thus explaining away these protests as a sort of «civic culture» deficit. Based on a more longitudinal research project still underway, this study intends to delve into the relationship existing between «civic culture» and local opposition to major public works by empirically studying the first waste co-incinerator project in Turin, Italy. Using a multitechniques approach, an extensive data set is laid out and analysed, the total evidence of which appears to define the limits of the «culturalist» explanation, even with notable differences between the levels of civic values (or civicness), social networks and trust. 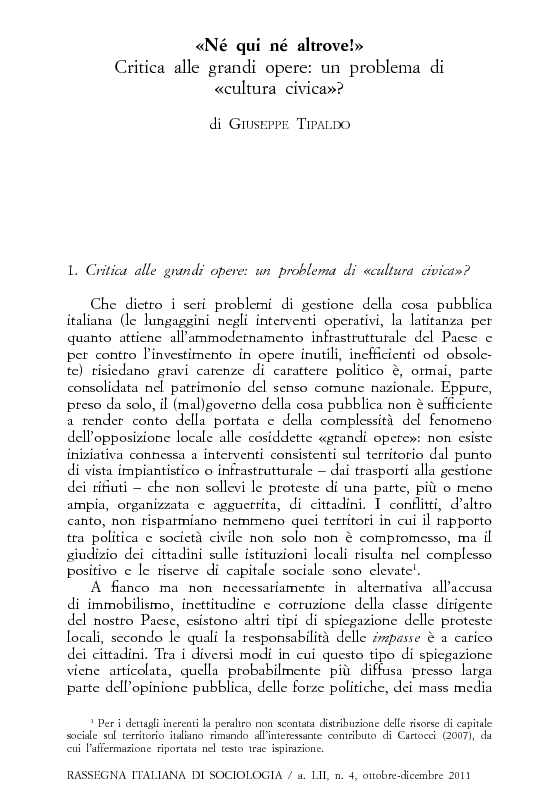