The article explores the changes in the field of tension between autonomy and mastery, assumed as a constitutive relationship of the process of modern subjectivation. Those changes are inquired in the context of the growing importance of a specific principle of social organization: the network model. The network model is discussed as far as it frames new forms of authority and a complementary regime of individual engagement, with relevant consequences on the field of tension linking autonomy and mastery. The discussion about those effects pays particular attention to the transformations in the area of the socioeconomic and labour issues. The ambiguity of the network model - presenting itself as a more open and democratic mode of social coordination, while its concrete realization shows many signs of a synchronization of society and individuals with the new prerequisites of the contemporary capitalism - is addressed. The modern project of individualization is deepened, as it represents an exemplary case of that ambiguous character of the network model and, more in general, of the paradoxical contradiction of the contemporary capitalism developments. In the context of the emerging regime of engagement, the qualitative project of individual self-determination which has been a central pillar of the Western conception of modernization, is twisted in a systemic prerequisite and a productive force which is imposed to the individuals from the external. 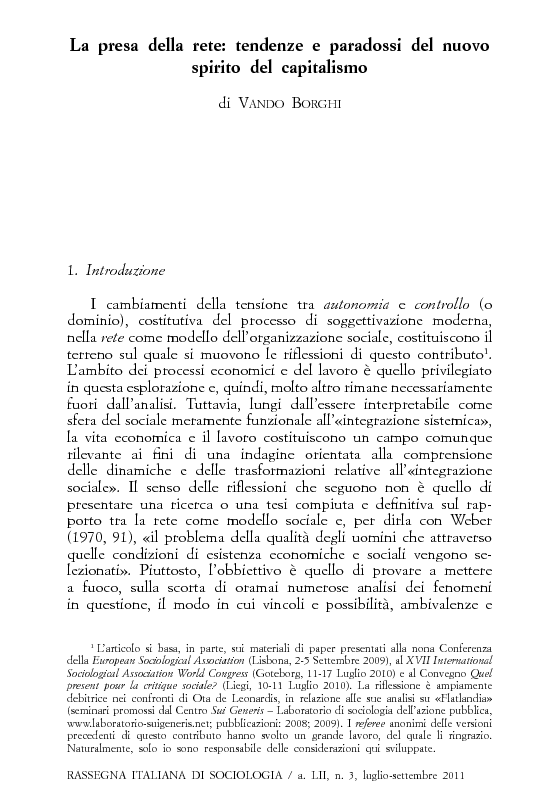