An examination of the voluminous research on the relationship between multicultural cohabitation and preconceived ideas leaves the impression that the hypothetical benefit of mere contact between ethnic groups, supposedly leading to a reduction in stereotyping and intergroup conflict, remains anything but confirmed, and that on the contrary there is more evidence against it than in its favour. In the light of this observation, a program of research was initiated in a center of inter-ethnic cohabitation, the "House of the Student", a university residence hall at University of Rome in which a significant number of subjects were of Albanian nationality. Focus groups whose topic was the shared living situation of Italian and foreign students revealed inter-ethnic relations marked by physical and relational "separateness". Study of the mechanisms responsible for such multicultural behaviour revealed factors linked to the variation over time in the numerical proportions of the Albanian and Italian students, to the management and organization of the residence hall itself and to the students' ideas about what exactly integration entails. The residence hall turned out to be a social microcosm that provided a host of stimulating observations which, extended to other settings, may lead to considerations concerning numerical group-composition ratios, access to social opportunities and phenomena of discrimination and/or segregation. 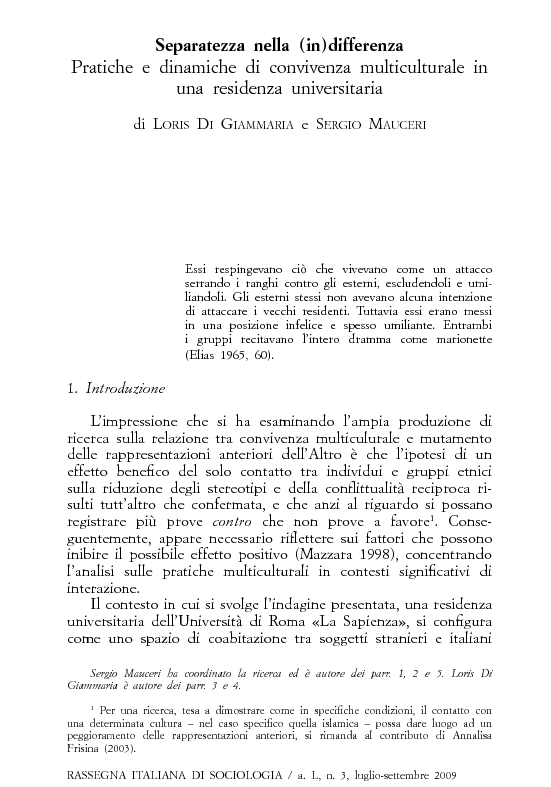