Both in Italy and France, the Welfare State has moved from the original occupational or corporatist "regime" toward a mixed (occupational/universalist) one. This is mostly due to the growth of public intervention in health, social care, family and social inclusion, provided on citizenship ground and funded through taxation on general revenue. Nevertheless, a major difference still exists between the two national cases, which lies more in the regulatory role plaid by central authorities (strong in France and weak in Italy), than in the range of social policies provided. Some hypothesis are framed, then, about eventual developments of the Italian welfare system. 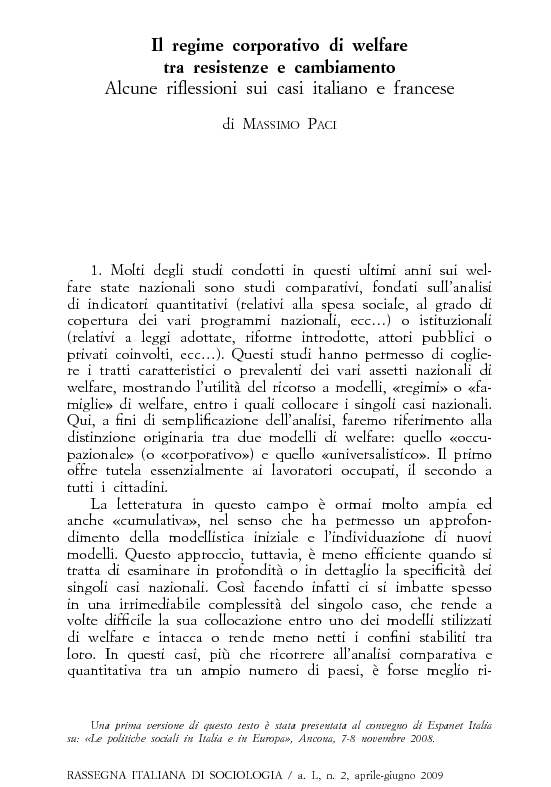