During the last decade, enduring public concern over certain science and technology issues despite significant communication efforts, growing citizen demand for involvement in such issues, multiplying examples of non experts actively contributing to shape the agenda of research in fields like biomedicine have led to rethinking the very meaning of public communication of science in several arenas. In many countries and at the European level, funding schemes and policy documents shifted their keywords from "public awareness of science" to "citizen engagement", from "communication" to "dialogue", from "science and society" to "science in society". Does the change of keywords actually reflect a change in the practice and understanding of science communication? Or it is - as some scholars have suggested - in many cases a reappearance of the traditional, deficit model in a new guise? How are these changes redefining, if ever, the role of science communication? Which theoretical model(s) can best help us interpret this changing scenario? 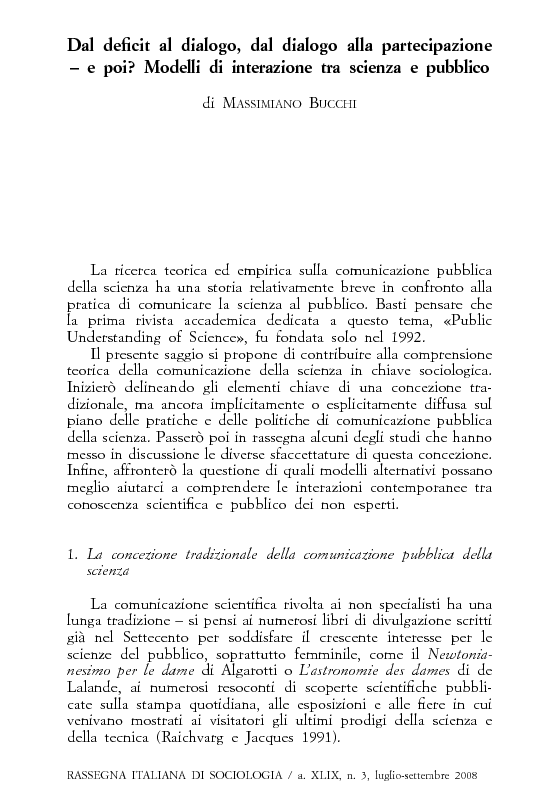