Val di Non, in Italy's Alpine Trentino region, is characterized by thousands of small apple growers, united in sixteen co-operatives, each one with members from a micro-local community of the valley. During the 1980s, apples' big buyers were able to play each co-operative against the other and, thereby, to decrease growers' profits. This difficult situation inspired an ambitious project in a group of institutional leaders, three to six people coming from the co-operatives: building a new single consortium of co-operatives, called "Melinda", capable of centralizing marketing, promotion and trading and, still more, enhance production techniques and product quality. Powerful cognitive and identity obstacles, not to say of the dilemmas of collective action, faced the institutional leaders; nevertheless, in ten years they succeded. Their action was based on: piecemal but continuative negotiated institutional changes; a skillfull identity reformulation from the micro-local level of the village to the local level of the valley; a re-training of the growers, supported by regional public technical assistance, toward more value-adding production techniques. The background of all this was a clever strategy of trust-building between leaders and growers - based on a continuos dialogical activity of information, proposition and co-decision - which was able to link the democratic character of the co-operative institutions with the modernizing activity of the "Melinda" consortium. 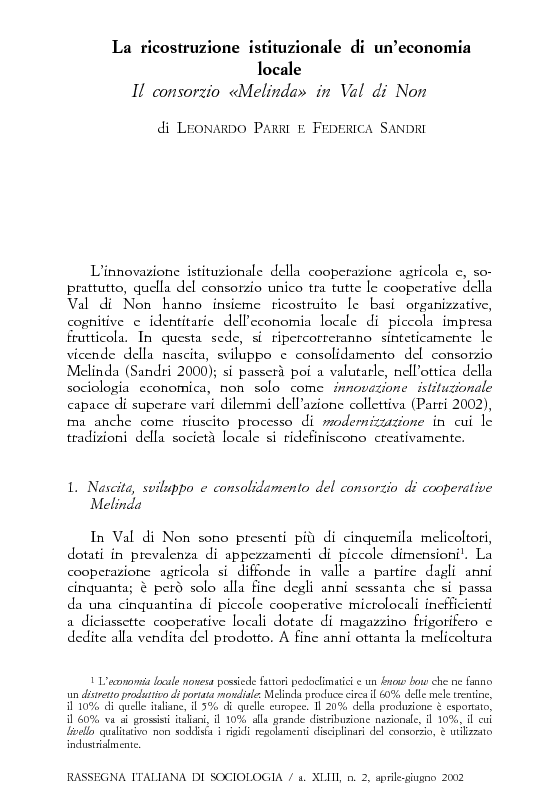