This essay concerns the difficulties in orienting children socialisation in contemporary society, which explains the very high interest in children in the last decade. Starting from a specific episode, the essay deals with advantages and limits of children education, from a sociological perspective. Historically, education has moved from the construction of impersonal roles to a paradoxical attempt to construct autonomous persons, suffering from increasing difficulties which have enhanced continuous pressures to change. In this way, education has been entrapped in a form of increasing discomfort. As the new Sociology of Childhood and the forms of intervention created for children show, in the last decade the social construction of childhood has changed; the emerging construction denies the traditional and dominant developmental perspective and affirms the idea of children as social actors, i.e. complete persons able to make autonomous choices and responsible for them. This social construction creates the conditions for the emergence of new forms of communication between children and adults, becoming more and more relevant in society, substituting for the traditional forms of education, and promoting new personalised forms of social participation for both adults and children. 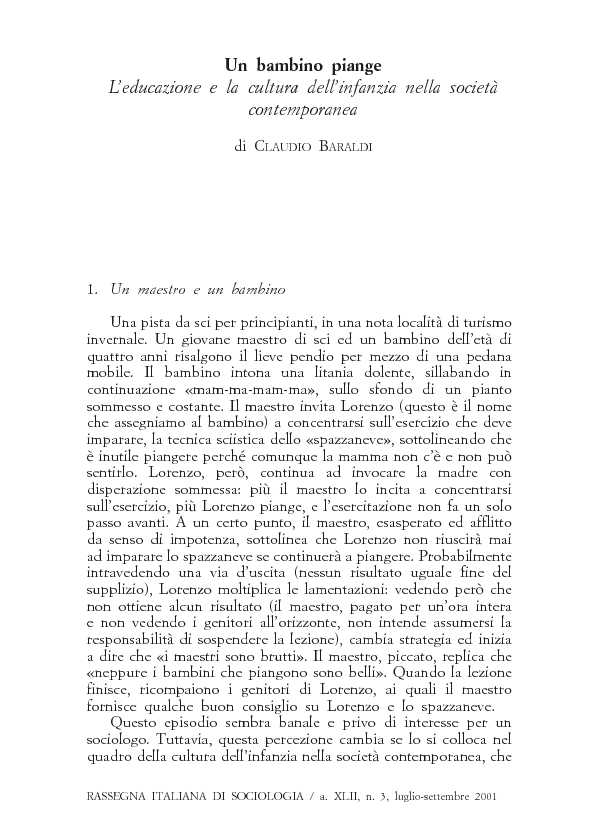