This research deals with the changes that have affected present day Italian Universities. A comparative approach has enabled us to build a general theoretical framework to provide a criticism of the changes within the Universities. We chose a local dimension for this research, focused on the interaction between individuals and groups, value systems and the universe of discourse. Thus, institutional change is analysed in a micro-sociological perspective taking into account not only context and history, but also the direction taken and the background of the different groups working within the universities. The population studied is composed of administrative staff and various groups of teachers belonging to two Italian universities and to two main fields: History and Physics. Our approach is therefore different from the more classical sociological approach which is based on external factors: state administration, reformers, economic players, and which produce a change analysis based on interpreting institutional facts. In this study, institutional and organisational problems are taken into account, but as a general framework for interaction. Within that framework, we've also analysed factors of resistance to change which refer to interests, positions and specific concepts. 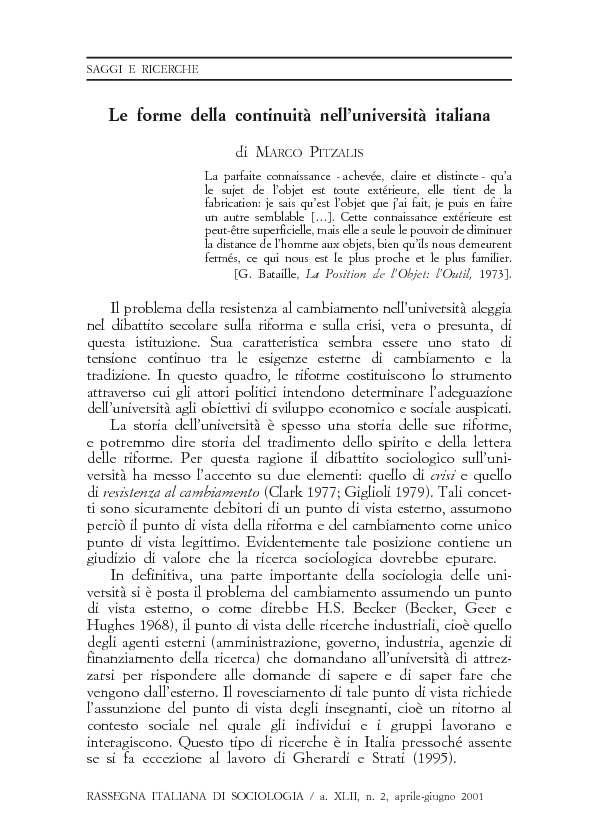