This paper studies the relations between society and politics in Central and Eastern Europe, focusing on three national cases: Czech Republic, Hungary, and Poland. The analysis is based on the data collected through a large scale survey involving six European countries (France, Germany, Italy, Czech Republic, Hungary and Poland). The project aims at assessing both the degree and patterns of the citizens' involvement in politics and at identifying the factors underlying participation and people's attitudes, by adopting a cross-national comparative perspective. The results challenge "civic deficit" and "tabula rasa" theories which see the low political involvement as a result of weak civic virtues and the high social fragmentation produced by the legacies of former communist regimes. The analyses show that the present configuration exhibited by post-communist Europe, in terms of both political participation repertoires and citizens' political attitudes, reflects transformations that have been already observed in Western Europe. The pattern emerging in these countries can be thus placed in a common East/West framework, and explained as a result of an "evolutionary leap", as post-communist societies seem to have experienced a (rapid) shift from a "non-democratic" to a "post-democratic" regime. 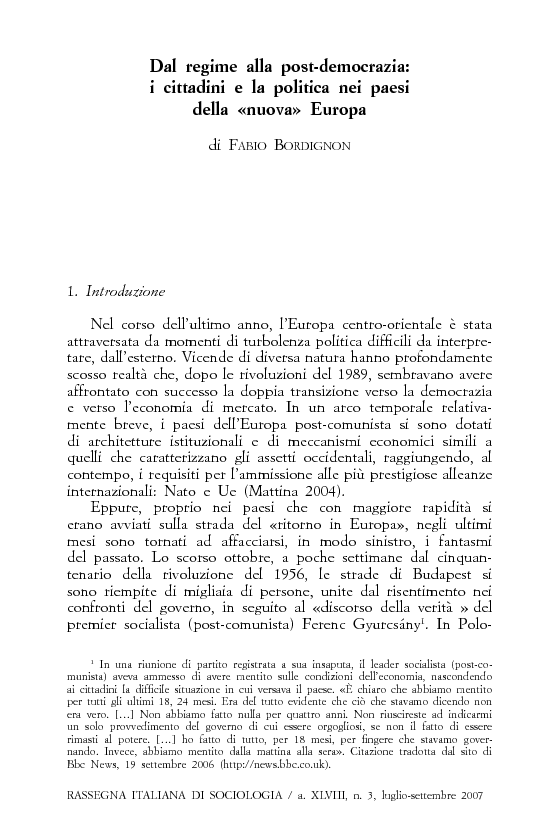