The article addresses the relation between society and politics in Western European countries, focusing on Germany, France and Italy. It is possible to appreciate some noticeable differences among these societies with regard to the political culture. Nevertheless, important and, in some respects, similar changes are taking place in these countries: a profound transformation in the nature of participation and an increasing distance between political organizations and citizens are among the most visible. But to what extent have those changes really occurred in our three case studies? How have they interacted and modified the traditional shape of the relationship between society and institutions? And, finally, have these changes exacerbated those differences or have they induced a convergence? In order to give an answer to these basic questions a recent comparative survey is mainly used. Empirical evidences lead to recognize a convergence trend among the case studies. Yet, at the same time, this trend appears to be limited and conveyed by features pertaining to each country's history and tradition. At the end of this course we suggest how and why more specific analysis should be usefully directed to the relations between the actors and places of the "unconventional arena" and those of the institutional one. 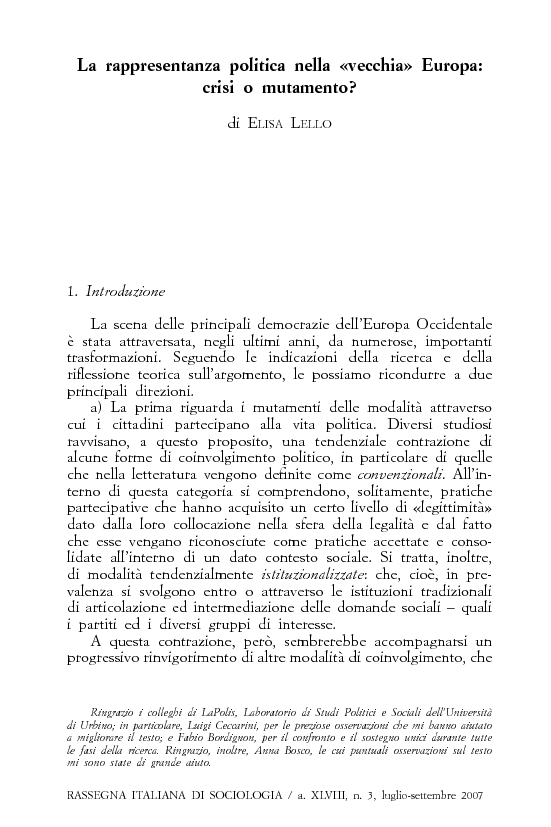