This paper reconstructs the debate between presentists and historicists that has been on-going for over thirty years amongst American sociologists, considering both the historiography of the subject and the sociology of knowledge in order to better analyse the ways in which the history and historical interpretation of Sociology have been, and often still are, conceived. One of the most notable figures amonst the historicists is Charles Camic. His studies, and in particular those devoted to the life and works of Talcott Parsons, have effectively shown the relationship that exists between an intellectual interpretation and theorectical approach on one hand and environmental or - more correctly - socio-institutional conditions on the other. Some of the theories elaborated by Camic can be applied to all contexts in which the intellectual history of a discipline or the choices made by an author are examined: the content-fit and reputational models, for example, for a more educated and complete interpretation of the reasons leading a certain author to select or exclude intellectual predecessors: the concept of the newcomer's dilemma, which encompasses the dual and contradictory desire of a new group member to bring forth his own ideas and validate a new train of thought, yet at the same time to be accepted and legitimized by the general opinion. 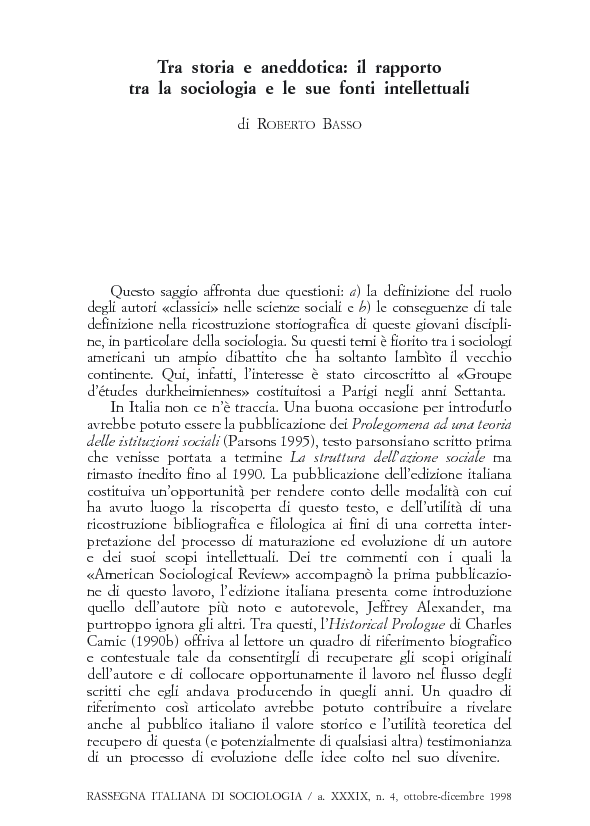