Since a long time, the public debate about xenophobia in Germany is supported by a lot of empirical researches and theoretical reflections. This debate has gained a renewed interest just after the reunification, because of the escalation of violence against foreigners, whose protagonists are mostly young people. In the present article, through a secondary analysis of survey data, some dimensions of xenophobic attitudes of young German people are described; a typology is used to compare young people of east and West Germany. It emerges from the analysis that hostility against foreigners is not an exclusive of right-wing extremists in both sides of the Country. The higher level of hostility against foreigners in East Germany is probably contingent, bounded to the widespread climate of uncertainty among the population in the first years after the reunification. Nevertheless, some symptoms of a nationalistic revival are present, especially in East Germany, where it seems to be a response to the speedy dissolution of old social identities. 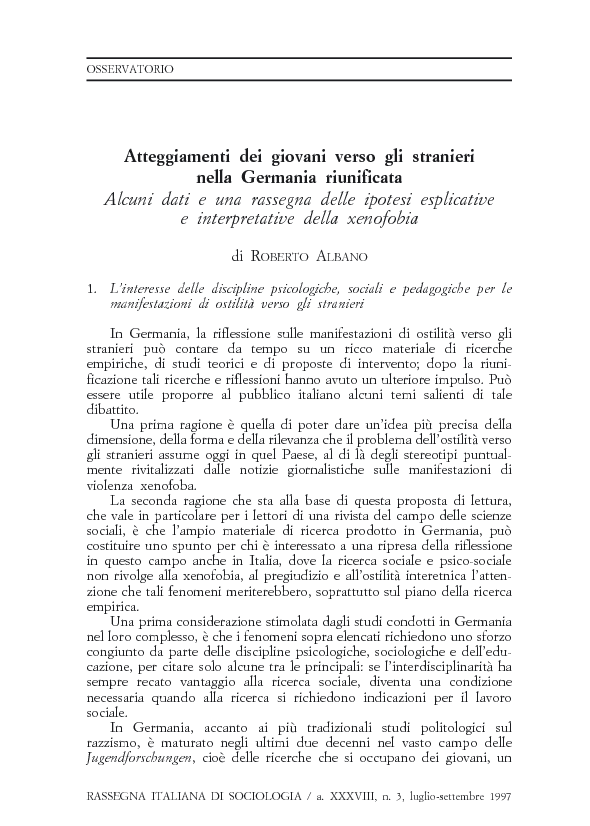