The current transition to a market economy in Russia has dramatically upset the frame of labor, opening a whole new range of inequalities. Policies of economic reform systematically underestimate their social consequences, and therefore fail in controlling the transition: the article focuses on the revival of a gender-based inequality in the labor market. After a long period of claimed gender equality which had virtually realized full employment among female active population, women in Russia are anew discriminated at both levels: the structure of employment and the increase of unemployment. Accordingly, new labor policies tend to push women out of the market, back home. The collapse of economic reforms, however, contradicts the new credo, and forces more and more women to combine several jobs, a strategy opposite to new patriarchal ideals. 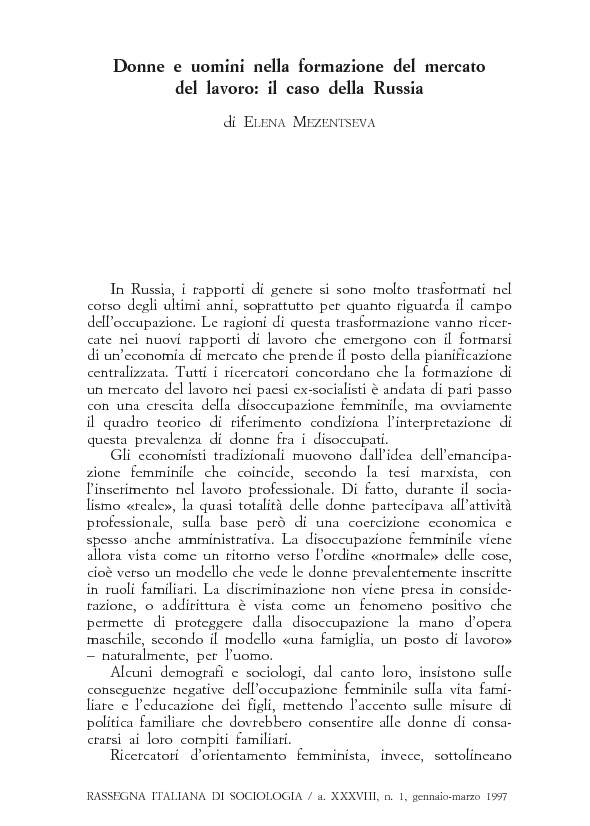