Political science and political sociology scholars have looked, to a large extent, at the political transformations brought on by the Internet, based on the assumption that this medium is a technology of freedom. This assumption oriented the analyses on the empowering effects of the Internet for organizations and individuals with poor resources. Conversely, less attention was devoted to developing analyses of the Internet as a technology of control, though electronic surveillance raises central questions on the future of democracy in the political and scientific debate. Indeed, the questions raised by surveillance are not merely about privacy or even social control, but governance, openness, and fairness. The aim of this article is to shed light on why and how surveillance changes with the Internet, and in which ways it represents a central resource of power in the information age. The thesis argued here is that the intense use of surveillance technologies meets the demands of security. Nowadays, security has became a core dimension around which many aspects of daily life are organized. One implication of this is the spreading of different forms of surveillance which are increasingly intertwined and "assembled" to serve multiple functions. The article provides some examples of this transformation and its consequences both in state and web marketplace domain. 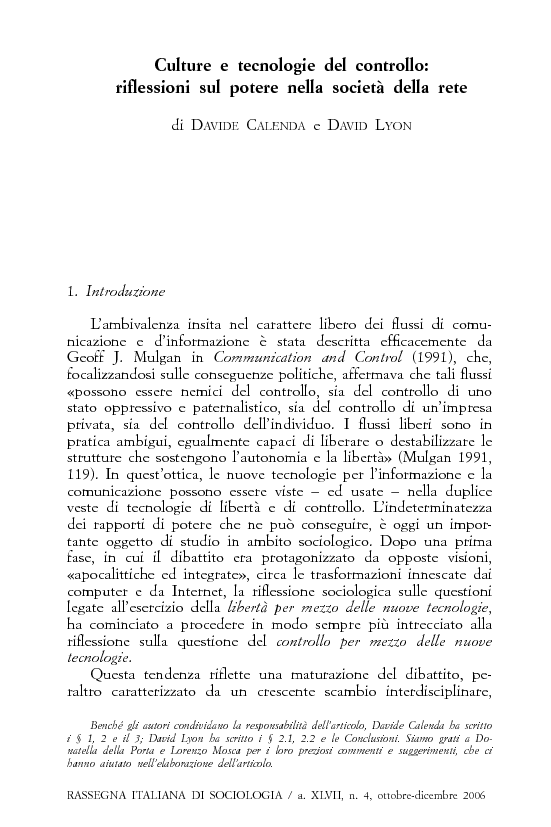