This article looks at the emergence of transnational mobilisations on media and communication issues, as expressions of the so-called mediactivism, defined as the variety of counter-hegemonic practices whose target is the mass media system, its policies and rules. There are two ideal-types of mediactivism: a first cluster of groups targeting the current media system in order to reform it ("mediactivim of reform"), and a second aiming at creating alternative communication infrastructures to bypass the system ("mediactivism of emancipation"). The first idealtype comprises more traditional organisations campaigning to change the rules of the media system, while the second embraces informal and flexible networks using new technologies to self-produce information to emancipate themselves from the system. They are complementary expressions of an emerging awareness around the media, which are no longer only a means of advancing one's own principles, but became a site of struggle. The article provides an historical perspective on the developments of mediactivism since the '70s. Then, because strategies and identities of mediactivists reflect the idea of participation they stand for, I refer to the normative theory of democracy, and in particular to the concepts of representative and direct democracy, to illuminate the features of both types of mediactivism. 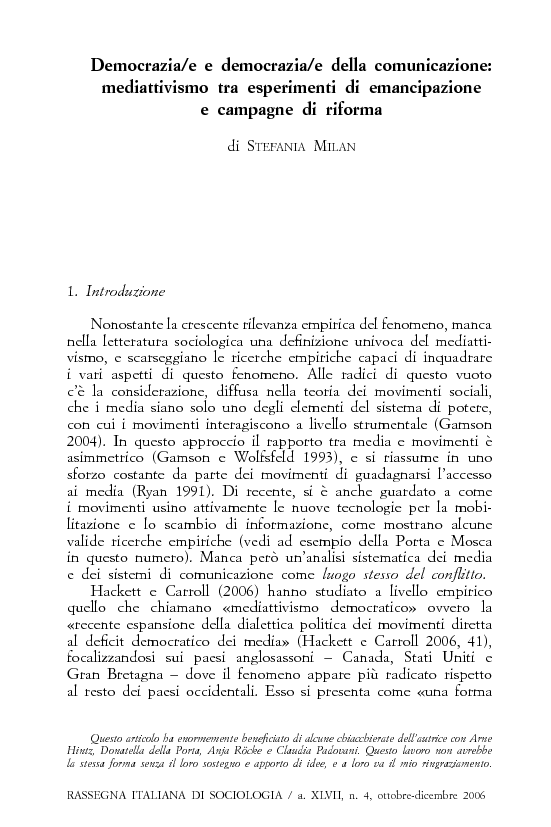