In the perspective of high modernity, uncertainty is considered the most important consequence of individualization on social and biographical experience. The meaning of contemporary uncertainty is very different both from the pre-modern "original uncertainty", and from the modern idea of "exceptional situation" in a social reality completely taken for granted. In the sociological research, contemporary uncertainty has been empirically analysed for what concerns young people, their difficult social definition and their identity problems in the transition to adulthood. The paper argues that today the same difficulties concern other groups of age, in particular of the so-called "old" people. The attention is focused on the results of a qualitative research on a group of males and females aged over 60, living in the hinterland of Milan. The research has showed a great variety of situations, due not only to the traditional differences of gender, social class, family and health conditions, etc., but also to the specific experience of uncertainty that people have lived in the past and are living today. The paper shows the different kinds of uncertainty experienced by three different groups of aged persons and argues that these groups correspond to three different generations, in a very sociological sense. The final part of the paper examines the specific condition of the "young olds" and points out the new uncertainty that they indirectly experience today as fathers and mothers of young people, who are more and more uncertain in their biographical construction. 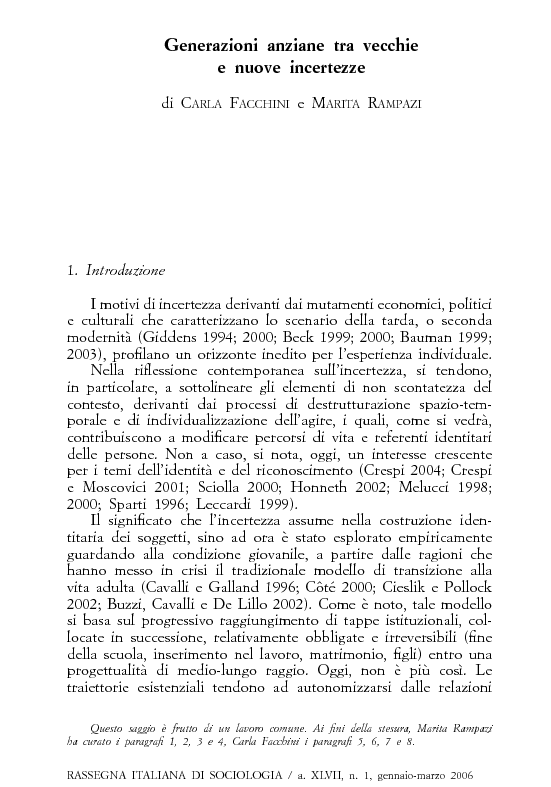