The aim of this paper is to present the case of the "Ricostruttori nella preghiera profonda", a comunity founded in Turin by an Italian Jesuit after his long journey in India. Integrating oriental language and practice into cristianity, he has created a "parallel religious word", dominated by a new way of salvation, in which vegetarianism, yoga and every kind of art are all necessary ingredients. Cappelletto has invented a new method of prayer, "a christian yoga", a mix of the indian yoga and the ortodox "prayer of the name of Jesus", that he has called "meditation". Meditation has been taught since 1980 in all the Ricostruttori's centres by his followers. In this period the movement has grown and it has spread all over Italy and also there are some little communities in the U.S.A. This case is an original example of internal pluralism in catholicism. The author describes the meeting with the group, their activities, their organization, their religious proposal, and also the emotions, fears and critical events faced while carrying out her research. 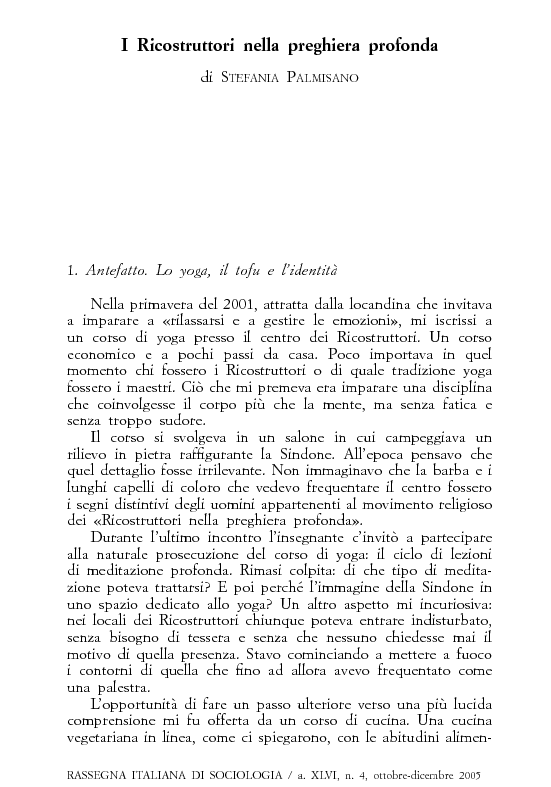