In the past few years, many of the political and social groups opposing neo-liberal globalisation in various policy domains were attributed to an encompassing entity that, more recently, has been labelled "Global Justice Movement". Is there indeed a "movement of movements" or rather a set of distinct and independent movements with relatively few overlaps? This paper argues that, in a spirit of wishful thinking, both activist and scholarly perceptions tend to overemphasize the common traits of these movements, while downplaying their cleavages. Nevertheless, a trend towards more convergence can be detected. Rather than being an integral part of the "new social movements" that flourished between the 1970s throughout the 1990s, the global justice groups are an outgrow of these previous movements, with their own unique characteristics and therefore representing a new generation of a leftwing social movement family. 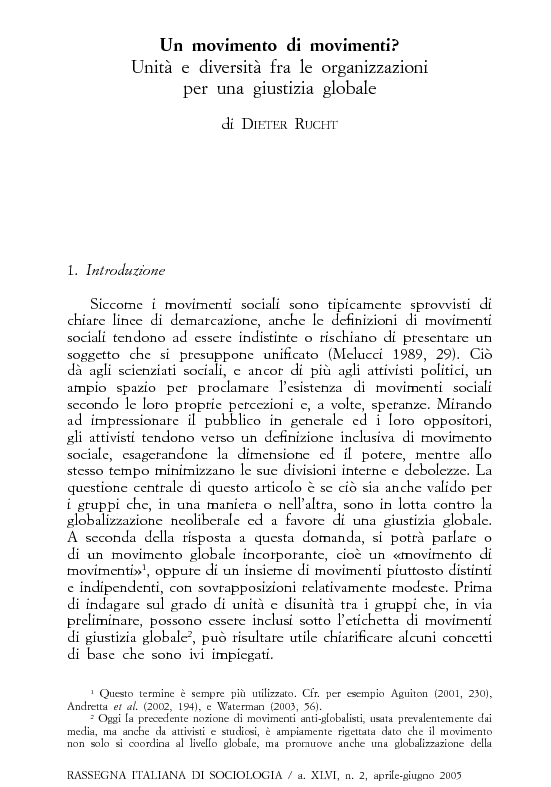