In the context of attempts in agro-food studies to give theoretical expression to the importance of consumption, I examine eating out as an instance of cultural consumption and advocate an approach to its analysis through a theory of practice. After offering a brief outline of some core features of such a theory, I draw upon data from two empirical studies of eating out in the UK to show that eating out has become a normal, relatively mundane, though still special, practice. It is demonstrated that it has shared understandings, a set of conventions governing performances and a shared set of justifications for engaging in it. Such understandings, procedures and justifications are socially differentiated, for not everyone engages in the practice in the same manner. Nevertheless, it is argued, as witnessed by the orderliness of restaurants, both parties to a form of commercial exchange accommodate to one another in accord with the shared conventions of a normalised and widely instituted practice. 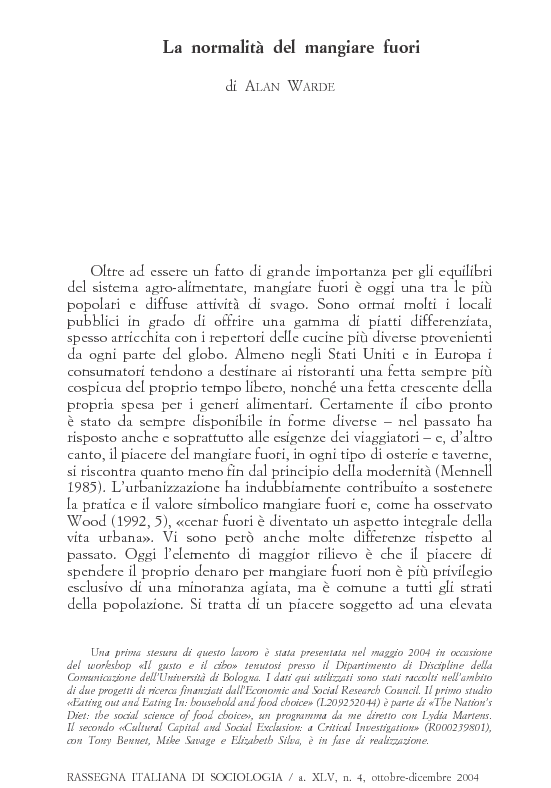