During the last two decades cultural anthropologists have become more and more dissatisfied with the concept of culture, and have increasingly proposed to radically revise or even to forget it. The four papers by Italian anthropologists published in the special issue on culture of "Rassegna Italiana di Sociologia" (1/2004) share this position. This paper comments and criticizes their thesis. In the first place, it suggests that most of the anthropological objections to the concept of culture are prey to the fallacy of misplaced concreteness, because they conflate analytical and empirical levels of inquiry. The paper's main thesis is that the concept of culture is still an indispensable tool of social theory, provided that it is properly defined as a symbolic system analytically distinct from the social system. In the second place, the two central empirical objections to the concept of culture are considered. According to the first objection, concerning the relationship between culture and action, the concept of culture leads to an underestimation of the actor's freedom; according to the second objection, concerning the relationship between culture and social structure, the concept of culture leads to an overestimation of the homogeneity, coherence and discreteness of concrete cultures. This paper shows that both objections exaggerate and unduly generalize some characteristics of modern cultures, and suggests that in both cases this is due to a serious neglect of the role of power in society. 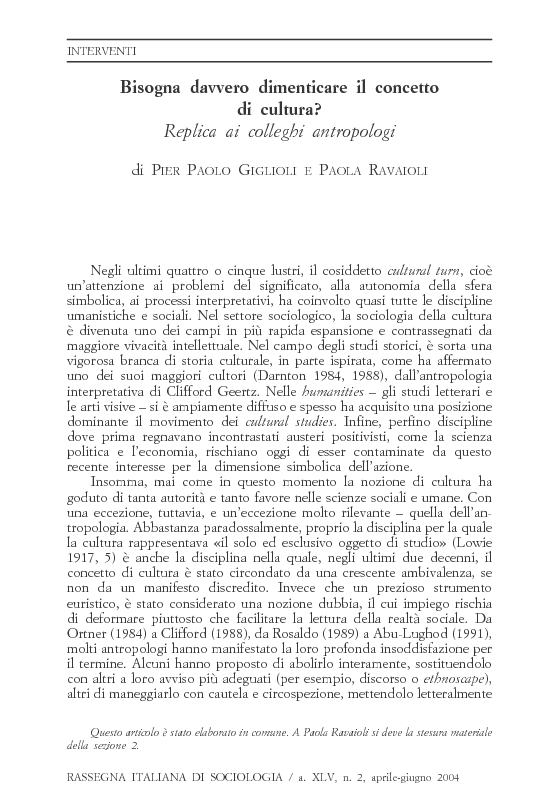