This paper deals with a "specifically modern" gambling problem. Legalized gambling activities have grown enormously in number and popularity in recent years; nevertheless, the reasons for the importance of phenomenon cannot be found only in the pure analysis of gambling trends. It is suggested that the concept of "gambling" is more useful for identifying the problems, strategies and mechanisms of social actors in modern society. In particular, it seems to represent a means of focusing on surprising, sometimes anomalous and supposedly irrational phenomena. For instance, why and how (through what "cognitive reasoning") do people who live in a rationalized world, as our modern society is, and who have cognitive resources to reason in a correct way, have fallacious beliefs? The literature reveals a great number of gambling-relevant cognitive distortions: magnification of gambling skills (e.g., illusion of control over luck); minimization of other gamblers' skills; superstitious and magic beliefs (e.g., talismanic, behavioural and cognitive superstitions); interpretive biases (e.g., gambler's fallacy); predictive skill. Moreover the fact that gambling is increasingly widespread, especially games of chance - in spite of scientific theories underlining the iniquity and the low probabilities of success - makes it all the more important to analyse the reasons why people gamble. The need to overcome constrictive, and sometimes paradoxical, schemes - to follow in Henslin's "rational irrationality" footsteps - is one of the most important reasons for making gambling an autonomous concept in sociology. If it starts studying phenomena such as gambling, sociology will be able to rediscover its vocation for posing problems and investigating symptomatic actions. 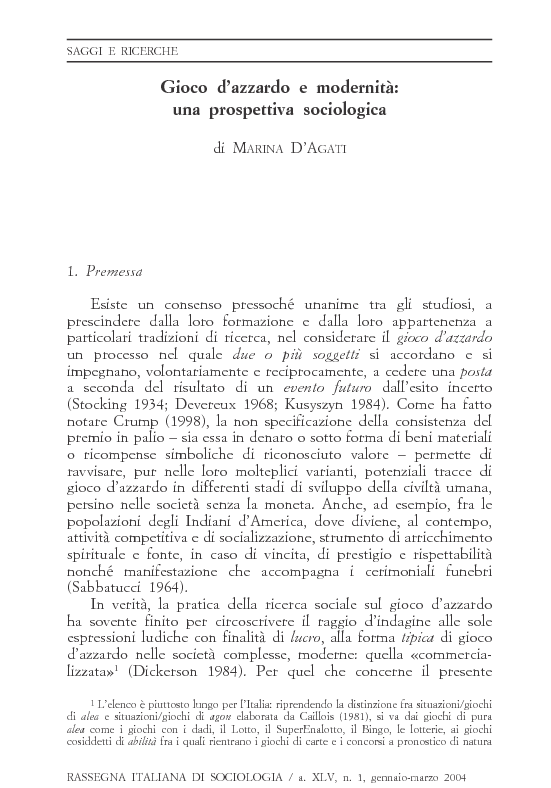