Cultural anthropology, for the most part of twentieth century, has based its discourses and its analysis on a concept of culture as totality, an holistic idea of culture expressed by homogeneous, small, isolate societies, since the beginning privileged object of its researches. Anyway, since the last decades of the century, a great amount of changes occurred all over the world, so that it was soon clear to anthropologists that representing world cultural diversity by the mosaic metaphor - as it was constituted by several specific cultures each of them with a proper distinctness - was no more useful. One land, one culture, one people, one identity was the basic equation used by a great number of anthropologists to represents other cultures, nowadays no more appropriate to analyse cultural dynamics in contemporary societies. New technologies of communication, new chances for people to change their country, to move from one place to another, but also, in general, the multiple effects of global processes as trades, migrations, wars, and so on have made us and the others much more near than once, and have made much more strong the link between local and global dimensions of life. Lives of millions of persons are still today strongly affected by local aspects, but there are several global aspects too, that affect our life. From this standpoint, it emerges that cultural diversity has different dimensions, no more structured around binary oppositions, no more closed within clean boundaries, but it has to be concern to as a flux, indefinite, indeterminate, and without delimited boundaries. Cultural flux of meanings asks - for representing and analysing - new theoretical and empirical resources, and a new anthropological imagination. 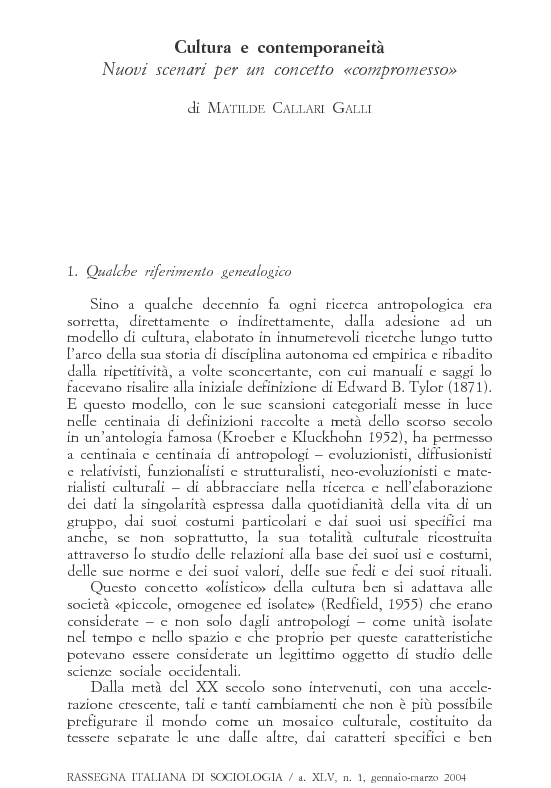