Population registers are statistical and administrative devices aimed at providing an accurate and dynamic picture of the population, and thereby allowing authorities to acquire information on its composition and the ways people are located and move within the territory. Even though these devices are theoretically expected to merely register social reality without affecting it, population registers do have performative effects, which differ from those of other demographic devices such as censuses and are more explicitly political. First, population registers turn the material relations between people and space into a formal act called registration, and produce a legal status called residency, which is the precondition for exercising many rights. Moreover, despite their apparent inclusivity, population registers are structurally restricted to certain components of the population. Only some ways of dwelling and living in the space are considered legitimate, and only these are accepted legally and permit registration. In analysing the performative power of population registers in Italy and how it changes over time, this article seeks to contribute to the debate on performativity by shifting the focus from the socio-technical dimension, typical of Science and Technology Studies (STS), to the socio-legal one, less explored within the scholarship on demographic devices. 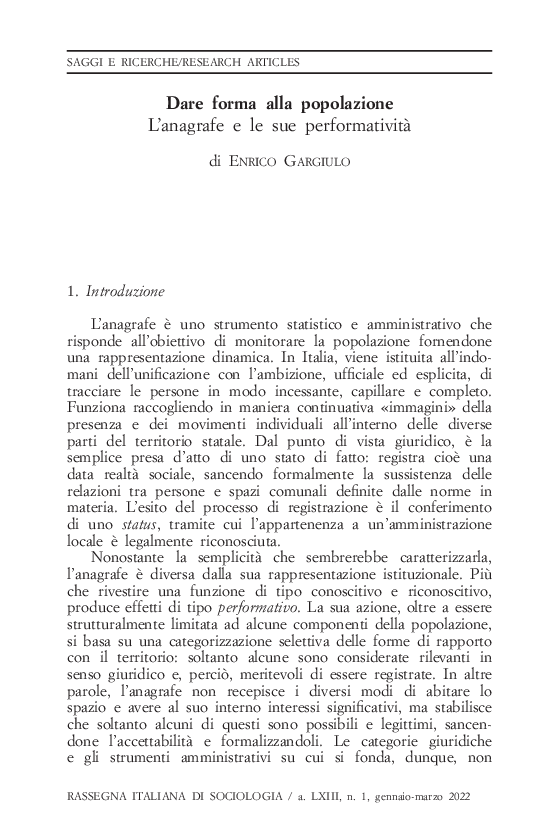