Lately we have been witnessing the increasingly circulation on social media of advertising campaigns praising feminism, leading to the coining of the neologism femvertising (feminism + advertising) in the US in 2014. From the research presented here – both on content and user reactions – conducted on the most popular campaigns launched online by some brands (mostly US), emerges the exaltation of the concepts of women’s empowerment, intersectionality and inclusion that characterize fourth wave feminism. For example, the feminine beauty ideal of slenderness is challenged by the curvy body ideal which is considered more inclusive. Moreover, femvertising campaigns currently promote strong, successful and a great diversity of female Roles Models including a wide range of ages, sexual orientations, cultures and lifestyles. From analysis of the audiences’ reactions on YouTube US emerges a sense of liberation from the tyranny of slenderness (Chernin 1981). Moreover, the existence of a critical viewpoint can be observed regarding stereotypes that disadvantage women. If femvertising simplifies and trivializes feminist principles – becoming a fashion trend which can be inscribed under postfeminist sensibility (Gill 2007a; 2007b) –, on the other hand, it also challenges media imagery still largely based on gender stereotypes, thereby helping to stimulate public debate on gender inequalities 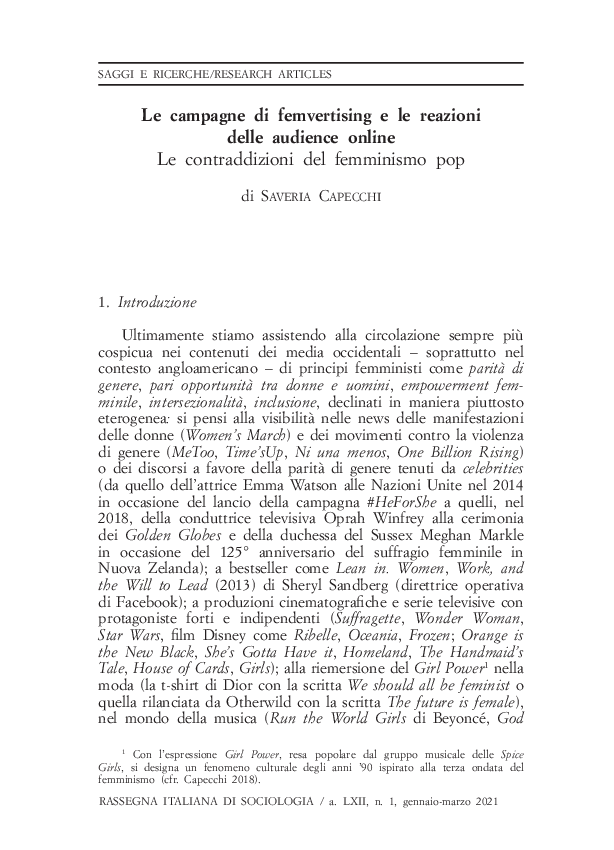