Humans manage to navigate the world with a limited stock of concepts, but their cognitive skills enable them to build new conceptual structures, as the need arises. For instance, to achieve specific goals as well as to interpret linguistic stimuli in communication, humans make use of the so-called ad hoc concepts, highly specialized and context-dependent mental representations. In such a work we offer a detailed comparison of the main lines of research about ad hoc concepts, i.e., Barsalou’s (1985, 1987, 1991) experimental studies and Relevance Theory, and propose a way of merging the two theories into an integrated account. Barsalou’s studies underline the impact of four different contextual determinants on the graded structures associated with such categories, whereas Relevance Theory claims that ad hoc concepts represent the outcomes of two complementary pragmatic processes, i.e., the narrowing and loosening processes (Carston, 2002; Wilson, Carston, 2004). The comparison of these approaches will take into account the following two key points in particular: (i) how the notion of relevant stimulus proposed by Relevance Theory is related to Barsalou’s notion of typicality and (ii) whether Barsalou’s contextual activation of the determinants of graded structures can predict the narrowing and loosening processes stated by Relevance Theory. A positive response to such questions may provide us with a unified, two-levels explanation of the construction of ad hoc categories that, in a multidisciplinary perspective, may shed light not only on the emergence and employment of ad hoc structures in a broad range of cases, but also may explicate the role of contextual constraints in the conceptual productivity and compositionality that characterize human cognition. 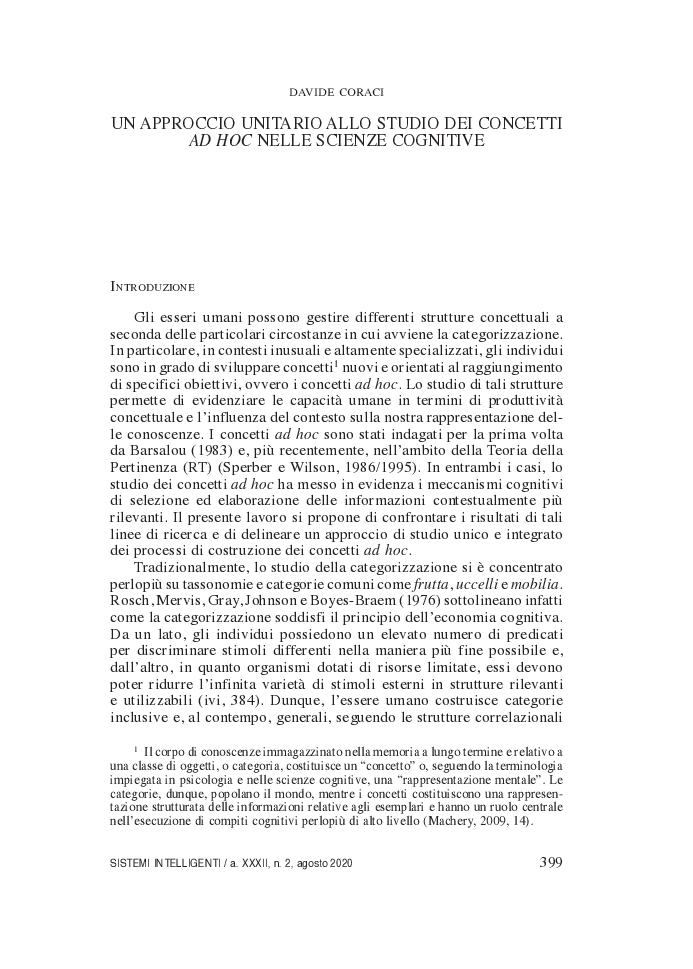