on the one hand, the personality type, (McCrae, Costa, 1997), on the other, the sensation seeking, namely the tendency to seek new, complex and intense sensations and experiences (Zuckerman, 1994). A lot of studies have investigated the relationship between these psychological characteristics and the actual risky conduct (Donohew et al., 2000; Schmitt, 2004; Cronin, 1991), few, however, have proposed an analysis that also considers the possible interaction with other elements of a cognitive and social nature. The present work therefore aims to deepen the influence relationships between: personality traits, choices in risky conditions and mental attributions. The results achieved reflect the methodological variety. First of all, a different conceptualization of risk was detected between sensation seekers and the other subjects. Furthermore, there are two interesting data concerning ex post mental attributions: the first highlights the moral primacy of cooperation and prudence, the second highlights the use of cognitive defense strategies. A study that, albeit with methodological limitations, sheds light on a scientific landscape so far unexplored. Once again it denies the primacy of the logical-mathematical approach to decision making and highlights the bidirectional link between folk psychology and moral cognition. 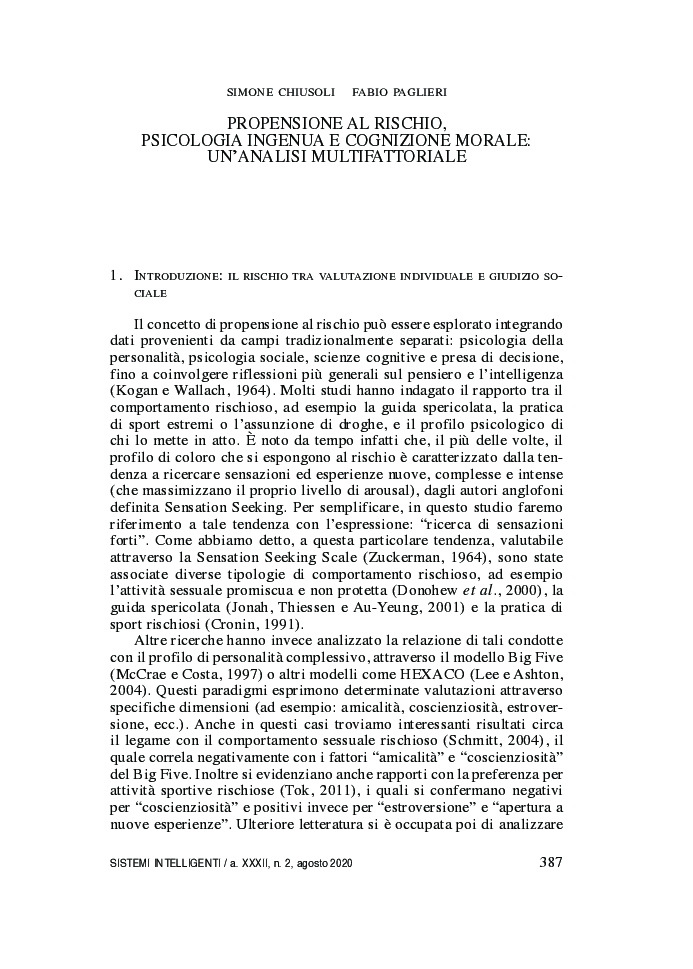