In this paper, we contrast epistemological (‘externalist’) and cognitive (‘internalist’) viewpoints on paranormal beliefs. While epistemologists aim to specify those characteristics that distinguish paranormal from other kinds of false beliefs, cognitive scientists investigate the cognitive mechanisms that lead people to form paranormal beliefs. Here we show that these two approaches have resulted in two different criteria for determining what counts as a paranormal belief: Epistemologists cite violation of scientific principles, while cognitive scientists identify beliefs that result from some form of ‘core knowledge confusion’, i.e. that contravene our ‘natural’, prelinguistic ways of understanding how various kinds of entities behave and interact with each other (for example, an agent moves autonomously and intentionally, while physical objects can only be moved by some kind of external physical force; an agent’s movement is guided by his/her intentions, while the movement of objects depends on the characteristics of the physical force exerted on them). We compare these two ways of conceiving of paranormal beliefs in order to show that they do not overlap and that some of the beliefs that should not count as paranormal according to a cognitive definition must still be considered paranormal according to an epistemological definition. 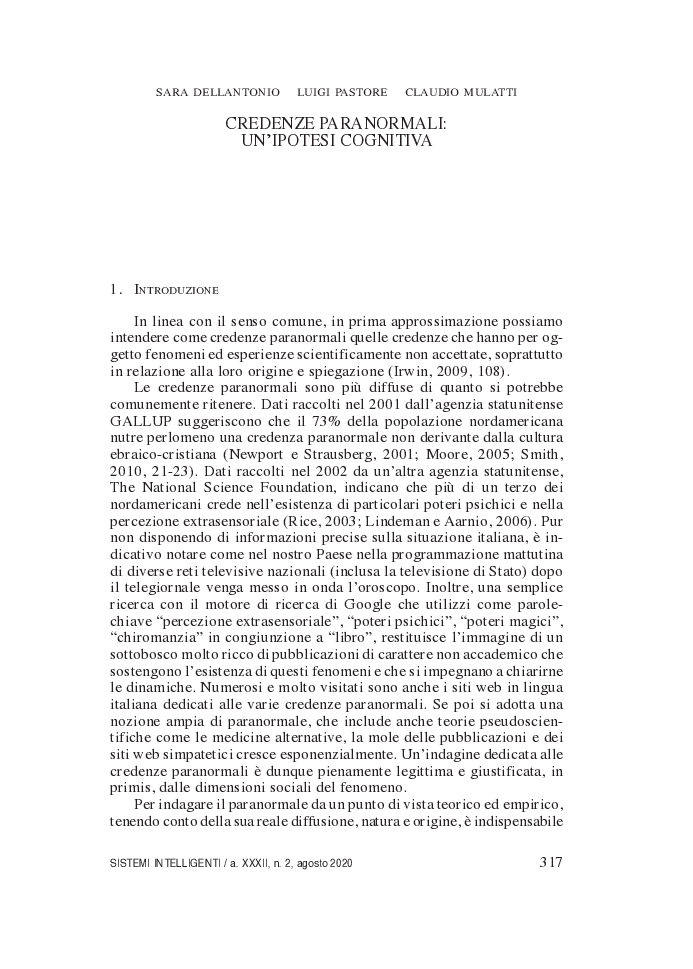