Whether or not consciousness can be explained scientifically constitutes a philosophical problem per se. In his seminal article, Facing Up to the Hard Problem of Consciousness, David Chalmers (1995) presented two different kinds of problem related to the scientific explanation of consciousness: ‘easy’ problems, i.e. those that can be explained in terms of mechanism and functions and the Hard Problem, i.e. the problem of phenomenal consciousness. While the easy problems represent a difficult challenge for science, they still seem to fit in the theoretical framework neuroscience are familiar with. On the other hand, the Hard Problem and the subjective character of experience seem to pose a different kind of challenge. A pivotal moment in the field of consciousness studies was the publication by Francis Crick and Christof Koch of their seminal paper Towards a Neurobiological Theory of Consciousness (1990). In this article and his subsequent book, The Astonishing Hypothesis (1994) Crick argued in favor of a strong reductionist theory of consciousness, namely that consciousness was nothing more than the activity of a certain set of neurons. In this article, I provide an analysis of Crick’s theoretical approach to consciousness in order to clarify its explanatory strategy. More specifically, I show that Crick’s approach fails to engage with the Hard Problem therefore contradicting the premises that this kind of reductionist explanation does not leave anything unexplained. Finally, I show the impact that Crick’s research program had over the major contemporary theories of consciousness. 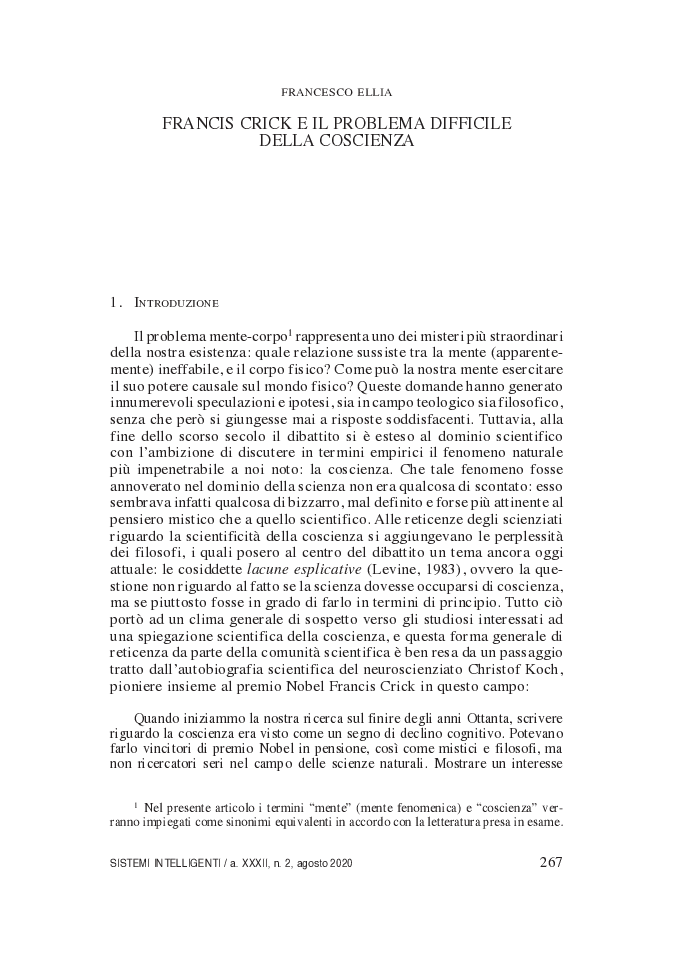