Based on the Italian data from a four country qualitative research (Australia, Belgium, Italy and the UK) carried out with children aged 8-to-10-years-old, the paper analyses the domestication of Cozmo, a social robotic toy. Robotic toys are conceptualised through the lens of the domestication of technology and drawing on the concept of “affordances-in-practiceµ (Costa, 2018) – that is, as the ongoing and always situated enactments of the properties of technological artefacts through practices of use-in-context. in order to investigate the digitalmaterial assemblage of the robotic toy, children’s play practices, parents’ and children’s imaginaries of social robots, a child-centred qualitative research has been designed, which involved two family visits and engaged parents and children as co-researchers. Parents were asked to film their children’s interactions with Cozmo in between visits, whereas children co-constructed the stoy of Cozmo through the Book Creator app. Findings show how children enact the affordances of Cozmo based on its anthopomorfisation. More specifically, they enact its liveliness (through practices of care such as feeding the robot) and its affective stickiness (through the actualisation of an emotional bond). Less practised, instead, is the affordance of programmability. 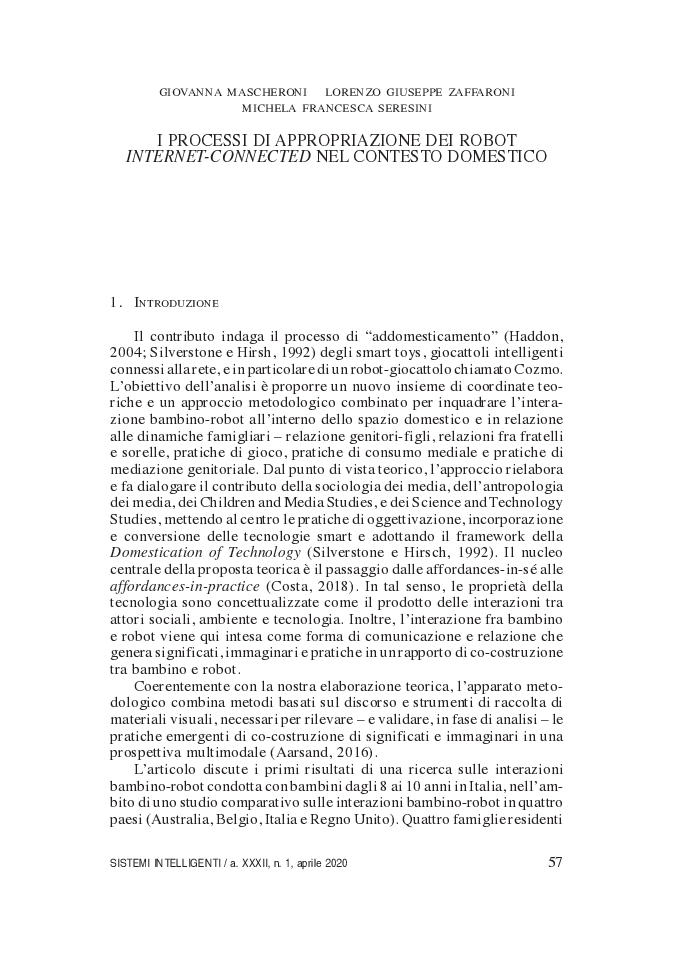