Human-robot interaction requires socially competent robots to encompass a variety of human features. At the basis of social interactions are our representations of the others’ psychological abilities. In this perspective, we asked the following question: what is the human representation of the “mindµ of a robot? To address this question, we asked children aged 3 to 9 years to attribute mental states to a robot and a human before and after children interacted with them. In addition, to explore the influence of children’s psychological competencies on the attribution of mental states to robots and humans, we evaluated the child’s quality of attachment relationships and Theory of Mind competences. Against expectations, the results showed that the interaction with the robot did not influence children’s attribution of its psychological competences. The results also showed that, particularly in children aged 3 and 5 years, attachment is significantly associated with children’s attribution of mental states to the robot. The development of Theory Mind ultimately exerts a moderation effect on the relationship between attachment and attribution of states. 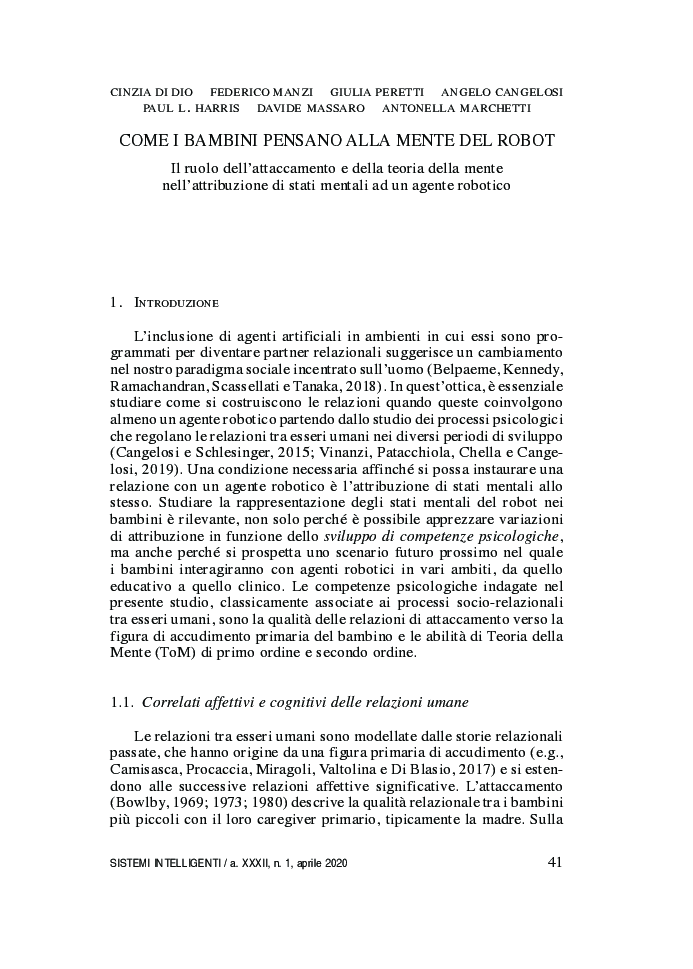