Irony is a form of figurative language in which what is communicated does not correspond to the remark’s literal meaning: the ironist intends to manifest her attitude of disapproval towards that message, from whose truth she, therefore, dissociates herself. Unlike other forms of non-literal language, such as metaphors or hyperboles, the ironic remark can have a plausible literal interpretation, and it can thus be misunderstood. To avoid communication failures, the ironist can therefore use particular meta-communicative clues, the so-called irony markers, to facilitate the identification of the intended meaning. We analyze the expression and the recognition of irony in social networks, aiming at identifying the irony markers in written texts, and at evaluating whether the risk of misunderstanding is higher than in face-to-face interactions. After reviewing the main theories on irony and irony markers, we discuss two cases in which the ironic intent of the posts has been misinterpreted. Our goal is to assess whether the misunderstanding is due to the use of the medium, or whether it is intentional, as suggested by Clark and Gerrig’s Pretense theory. 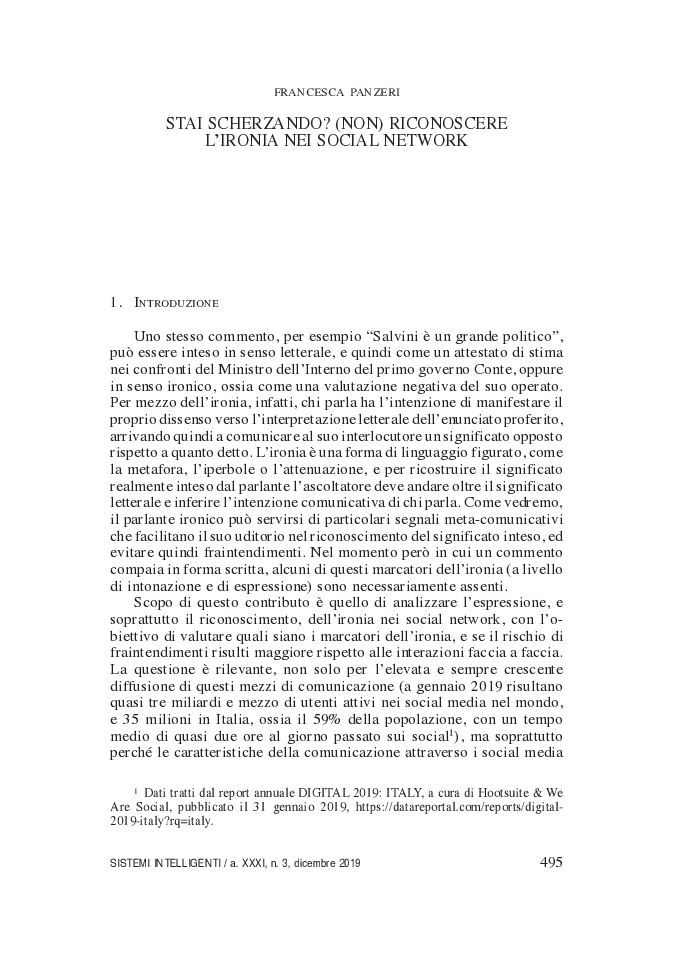