In the first decade of the past century, G.H. Mead formulated the idea that proper verbal communication among humans developed from exchanges of emotional gestures. The paper reconstructs Mead's position, by pointing out that it involved a deep revision of Wundt's traditional conception of communication as consisting in the outer expression of emotions understood as preexisting mental states. On the contrary, Mead adopted an idea of emotions as basic tools for the mutual regulation of social behaviors. On the other hand, he developed an idea of language largely rooted in affective and embodied resources, consequently reinforcing the continuity between sensibility and language. Furthermore, the paper points out that Mead radically distanced himself from a mentalistic approach to the genesis of language and sociality, by adopting the idea that individual minds arise out of conversations of verbal gestures. By referring to the current debate in the philosophy of mind, philosophy of language and evolutionary psychology, the author traces the development of certain theoretical issues involved in Mead's approach, such as the idea of a retroaction of human linguistic practices on animal sensibility as well as the thesis of a mutual configuration of the highly social human form of life and our embodied and linguistically shaped ecological niche. 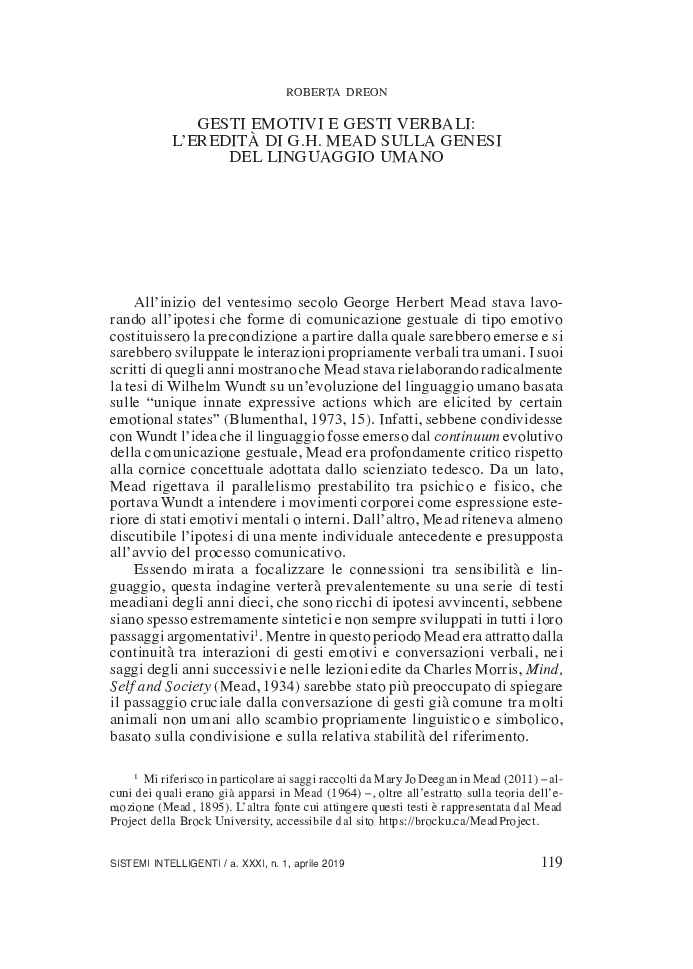