"Intelligence" comes in many different expressions, of which human symbolic cognition is only one. It has long been debated whether the modern human cognitive style was achieved gradually under natural selection, or whether it was acquired in an abrupt event in which chance and exaptation would alternatively have been involved. A survey of the paleoanthropological and archaeological records strongly suggests that the unique modern human mode of information processing was not only a very recent acquisition, but that it was attained significantly after the appearance of Homo sapiens as an anatomically distinctive entity. The underlying neural biology was plausibly acquired in the event, some 200 thousand years ago, that gave rise to Homo sapiens; but the material record in Africa shows that the new cognitive potential was exploited only later, at around 100-80 thousand years ago. The stimulus to the new cognitive style was necessarily a behavioral one, most plausibly the spontaneous invention of language, with which symbolic thought is inextricably interlinked. The birth of the distinctively modern human cognitive style in a recent and very short-term event strongly implies that most human behaviors have not been biologically ingrained over the eons by natural selection, explaining why our hugely flexible human behaviors are best described by a normal distribution, and why the "human condition" is so elusive. 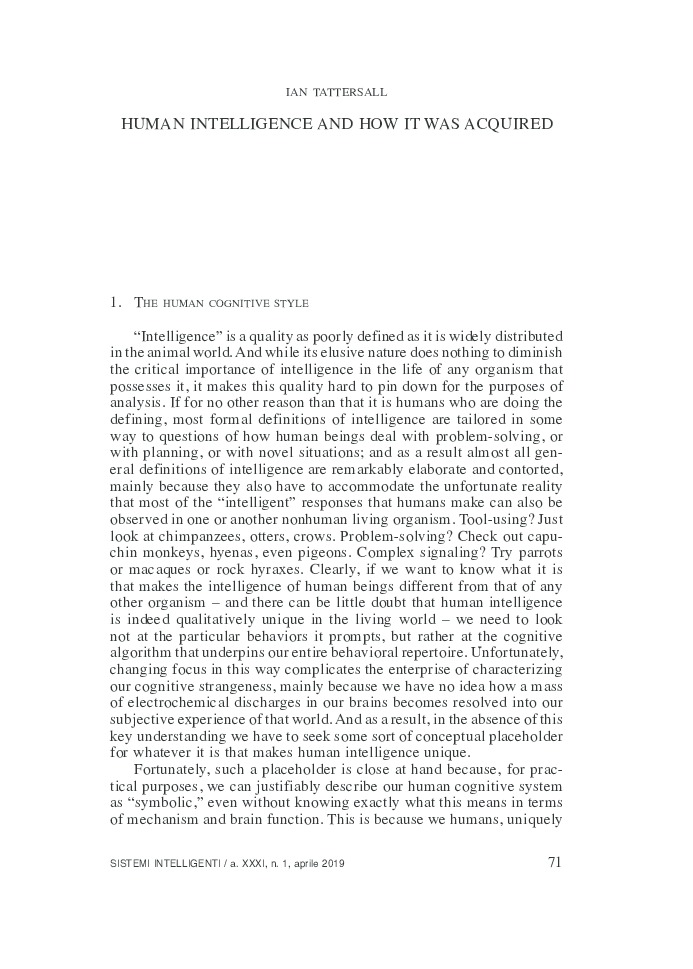