Objects, and especially artworks, can express emotions even if they cannot feel them. This fascinating phenomenon has mostly been addressed within aesthetics, but its clarification seems to require a multidisciplinary approach involving philosophical and psychological theories of perception and of emotions. Music is by far the most studied object of expressiveness and pure music is the most debated example. In the present article we analyse and discuss one of the theories that try to account for musical expressiveness, namely so called Contour Theory. We endorse the view that expressive qualities of pure music are perceptually grasped, but we argue against an explanation of this experience based on the recognition of resemblances. As an alternative, we exploit Daniel Stern's notion of Forms of Vitality and a constructivist approach to emotions based on core affect in order to account for elementary expressive qualities of music. Beside being compatible with psychological theories about the detection of human emotional expressions, we believe that our approach can successfully extend to a wider range of expressive objects. 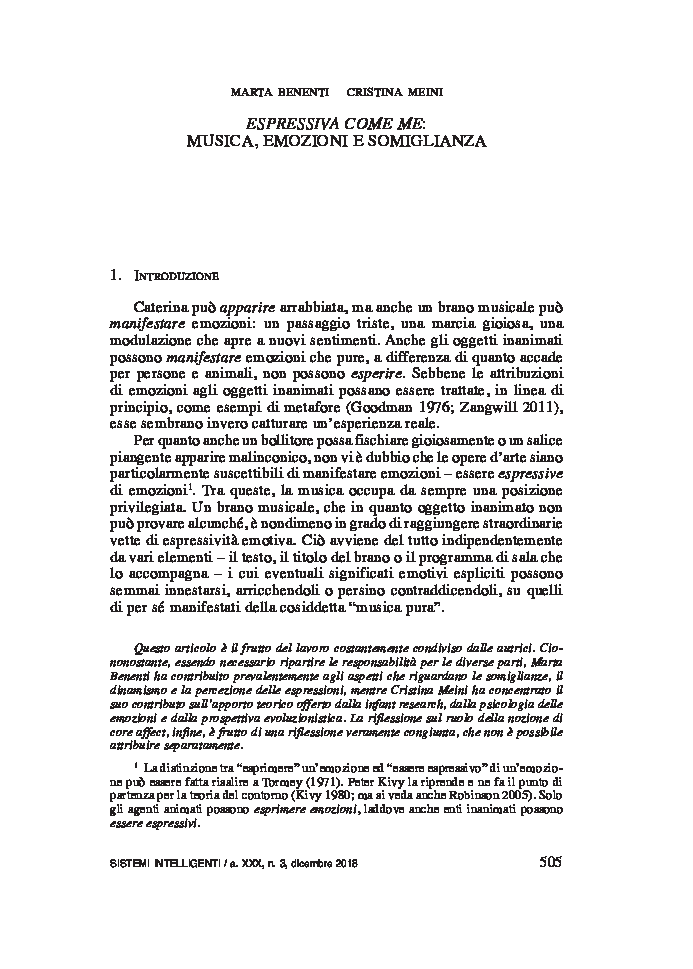