In Wollheim's lights, picture perception is a twofold mental state, seeing-in, constituted by the configurational fold (CF), in which the picture's vehicle - the object that physically constitutes a picture - is perceptually grasped, and the recognitional fold (RF), in which a thing different from the vehicle, what the picture presents viz. the picture's subject, is perceptually grasped as well (1980; 1987; 1998). In one of his last papers on picture perception, Wollheim remarked: "whatever role we might give to the role of modularity in perception, there is obviously a level of complexity above which it doesn't apply, and there is reason to think that picture perception lies outside its scope" (2003, 10). In this paper I want to show that i) seeing-in is the paradigmatic case of a superstrongly cognitively penetrated experience: that is, not only its content is (partially at least, in its RF) conceptual, but also that content features that experience as such, not just its alleged post-perceptual observational stage, as modularists maintain as regards ordinary perceptual experience; ii) it is a genuine, though admittedly sui generis, perceptual experience. 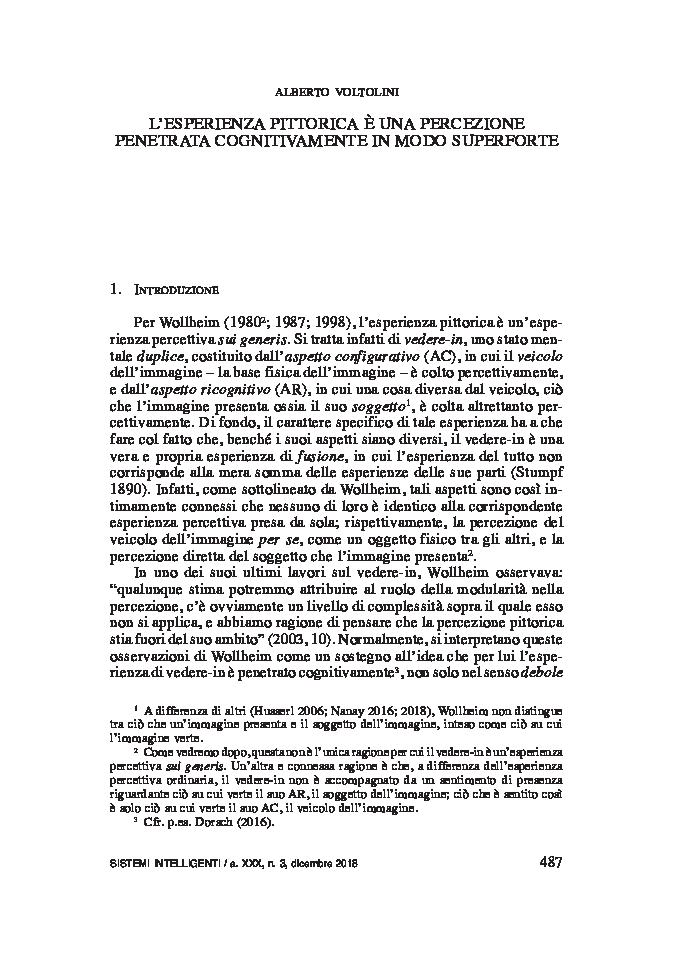