The relevant contribution of the cognitive approach to film studies set a field of research where scholars trained in different disciplines converge to debate the "diversity of cinematic phenomena". When David Bordwell, thirty years ago, presented this approach to the European scientific community, he basically focused on the versatility of a research shaped on such an analytical model. After thirty years, we can of course observe the valuable outcomes of the cognitive way of thinking of cinema, but we can at the same time observe that that versatility has not been maintained as the strongest methodological proposal of this theoretical school. As Bordwell entitled his 1989 article "A Case for Cognitivism", we would like to challenge that important contribution with a new case for (neuro)cognitivism, considering how cognitive neuroscience have been contributing in the last ten years to set a wider field of discussion, capable of welcoming the European theoretical tradition too quickly dismissed by the classical cognitive film studies. Our point is that the new case for cognitivism has to include a serious neuroscientific theory of film, supported by experiments and by a continuous dialogue with a tradition strongly involved in the study of the interaction of the viewer's brain-body system with the screen. 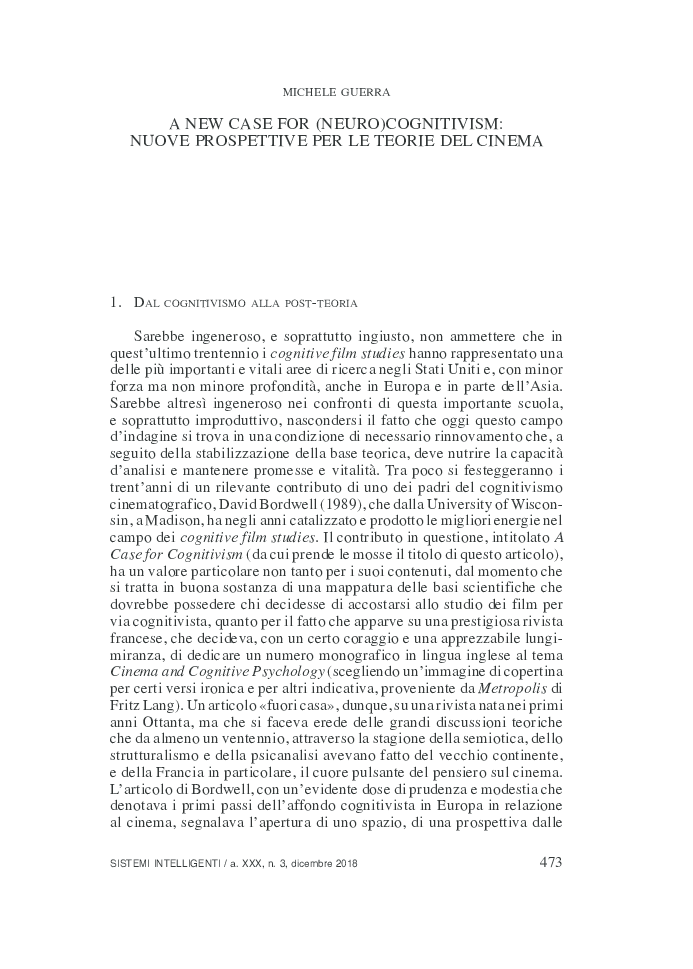