Since its origin, in 1956, Artificial Intelligence has been the most divisive sub-discipline of Computer Science, raising animated, sometimes we can call them furious, debates. In the first years of the third millennium the discussion regained momentum, when, thanks to the development of hardware and software technology, leading researchers and practitioners of Artifical Intelligence raised with new systems, new visions and new theories the challenge of machines versus human intelligence. In this text I will shortly survey this debate, dwelling a bit 'longer on its last phase, having its climax in recent years. I will adopt a viewpoint that, avoiding discussing the ethical legitimacy or the reliability of the objectives of Artificial Intelligence, tries to reword them, from the viewpoint of the people being their stakeholders. Even if human intelligence has dimensions that artificial 'super' intelligence cannot take into consideration, cognitive computing systems, in fact, have become really and definitively better, at the level of pure rationality, than human beings. Instead of putting machines in competition with human beings I suggest to consider them 'rational' aids and/or supports of the latter. Cognitive Computing technology, with its superior capability of rationally ordering data and information, can help users to internalize those rational criteria enriching their capability of sharing their knowledge creation processes while facing innovative problems or situations. 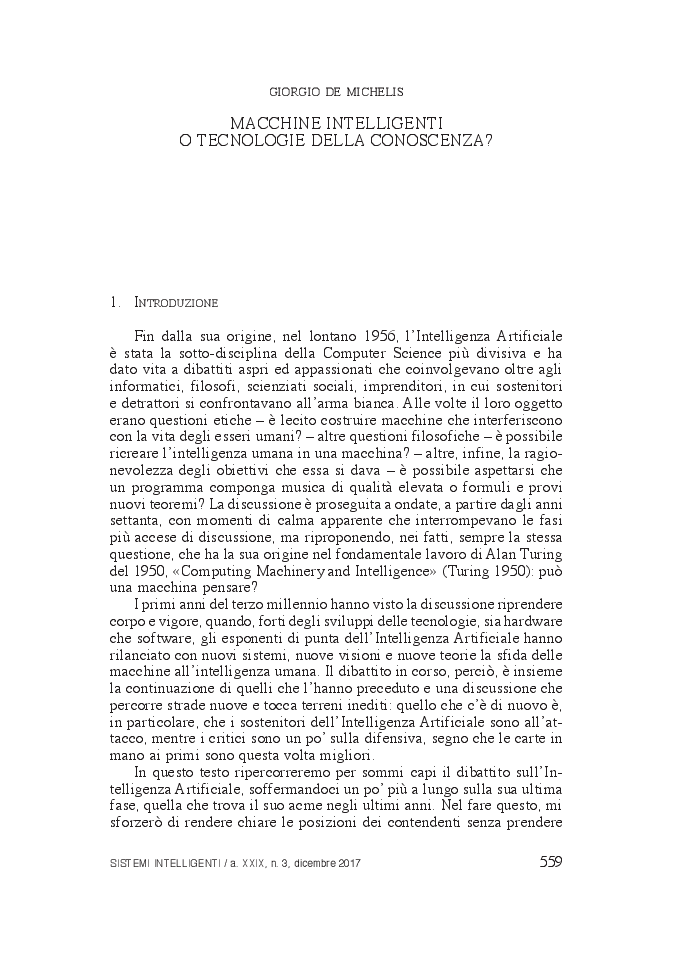