According to Basic Emotion Theory (BET), some emotions are innate and universal «affect programs», i.e., neural programs that, once activated, induce specific manifestations in the rest of the body (such as the face and the autonomous nervous system). Critics of this view have emphasized the variability and context-sensitivity of the emotions, arguing that BET cannot account for them. In this paper I address some of these criticisms, and argue that they do not succeed in undermining BET. I agree, however, that BET is problematic. Its main weakness, in my view, is that the empirical evidence traditionally mentioned to support it does not, in fact, do so. I think an alternative is needed - one that can account for the shared biological features of our emotional episodes, but also for their malleability, variability, and context sensitivity. My proposal is that conceptualizing emotions as self-organizing dynamical systems provides a suitable alternative to BET that satisfies these desiderata. After introducing the main concepts of Dynamical Systems Theory, I review existing empirical and theoretical works in affective science that call for a dynamical systems approach to the emotions, illustrating its advantages and its ontological implications. 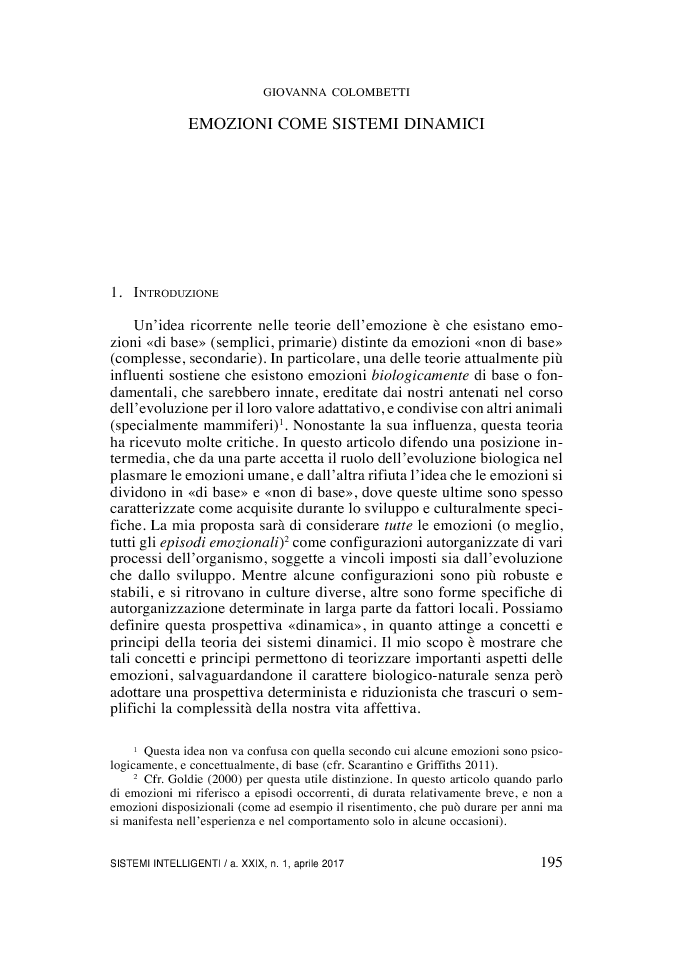