Twenty years after Chalmers' (1996) famous formulation, the hard problem of consciousness is still central in the philosophical debate. Besides the skepticism on its validity, a new non physicalist solution is gaining consensus, the socalled Russellian monism (Chalmers 2013; Alter e Nagasawa 2015). In this paper I will focus on its most common form, panpsychist Russellian monism. First, I will present the main tenets of Russellian monism and its (alleged) solution to the hard problem and to the problem of mental causation. Then I will discuss the shortcomings, especially concerning the categoricity of phenomenal properties and its central assumption: panpsychism. In particular, I will raise a «cognitivist» objection, claiming that panpsychist Russellian monism violates the psychophysical principles of «structural coherence» and «organizational invariance» that Chalmers (1996; 2007) considers necessary for every naturalistic theory of consciousness. Finally, I will claim that panpsychist Russellian monism represents a solution to the hard problem, but ultimately fails in providing an explanation for human beings' conscious experience, since neglects all the cognitive aspects that are so deeply intertwined with phenomenal experience in human beings. 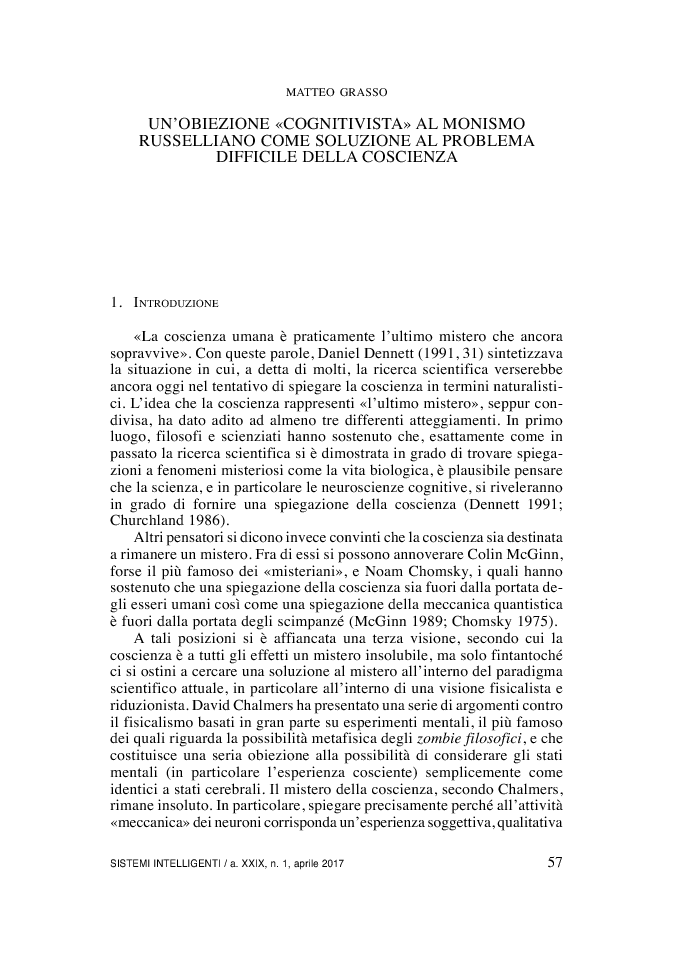